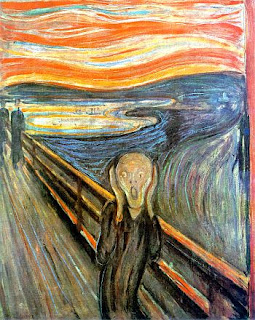 It’s Halloween, the night when costumed little ones take the long and lonely walk up to houses of people they barely know, ring the doorbell and hope for the best. I can still remember the butterflies in the stomach, back when I was numbered in that company: the heady combination of exhilaration and fear.

Today, my role is limited to carving the jack-o-lantern. I try not to make him look too scary. He’s a sort of open-for-business sign, an invitation to the little ghosts and witches and ballerinas and football players to step up and dig some “fun-sized” chocolate bars out of the black-plastic witches’ cauldron. 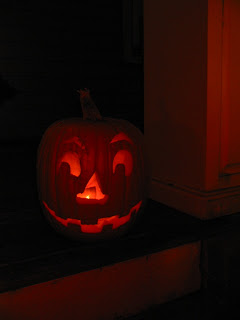 Claire and I miss the days when our own kids were young enough to go trick-or-treating. Fewer and fewer kids stop at our door each year, it seems – despite our glowing pumpkin beacon. It has more to do with the fact that there are houses on only one side of our street, than anything else. These kids get smarter every year. They know the streets where they can maximize their take are those that have houses on both sides, and close together.

Maybe it’s because it’s Halloween, but today’s New York Times – responding to the recent anxieties about antibiotic-resistant bacteria – has a little article, called "How Scared Should We Be?", on the relative risks of dying from various things. Some of these comparisons are rather bizarre: such as the one that says you’re more likely to die from being bonked on the head by a falling coconut (150 cases a year, around the world) than being killed by a shark (62 cases in the United States).

Here’s a portion of a chart indicating various causes of death:

Down at the lower levels, risks include: 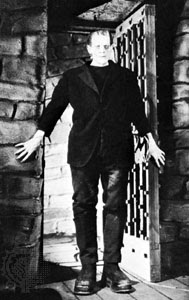 Am I scared, now, of dying of cancer? Not as much as I used to be. Part of that is because my prognosis is actually better, now, than it was, pre-treatment. But that’s not the whole story. When you live with this kind of threat for a while (and it’s now been nearly 2 years since my diagnosis), you do get used to it. It becomes part of the background noise.

Yeah, chances are pretty good that cancer’s what I’m going to die from, in the end. But, when will that end be? Hard to say. Indolent lymphoma takes its lazy old time, and typically lets itself get beaten back down into is hole numerous times, by a succession of treatments, before rearing up and doing its worst.

Bottom line is, I don’t have time to feel scared. I have things to do, people to see. Odds are, my disease’s progression is more likely to be spaced out over years (or, in the best case, decades) rather than months. So, I can put the fear off a while longer.

I read your post just I picked up Art Buchwald's book, To Soon to Say Goodbye, which he wrote while in hospice due to kidney failure. You may know the story, miraculously, his kidney's got better when he decided to stop dialysis and he went back to writing his column and wrote the book and lived for another year, dying of kidney failure earlier this year. Anyway, reading the book and reading your post today, I think about fear and how we all fear the unknown in someway. The future is the biggest unknown in our temporal life and we can develop all kinds of worst case scenarios in our head. We create all kinds of fears because of what might happen. Of course, death is going to happen to all of us. But I think the key to every fear, including death is move full steam ahead. Feel the fear, but live life fully and do what you fear anyway. Faith is important to helping individual with fear but even without faith, for those who subscribe to that point of view, one can lead a life in spite of (not without) fear.

I think so much of what goes wrong in the world stems from a culture of fear. So many policy's stem from fear of all kinds of real and perceived victimizations. If, on an individual level, we can bring about change, by not making decision based on fear, perhaps we can begin to change to the fear culture. Not an easy task. Everyday, we are confronted with our fears, small and large, and moving beyond them to think clearly is not an easy task. Faith can certainly help the process.

Fear is among the most powerful of motivators - as any politician invoking memories of 9/11 can tell you. FDR provided the definitive answer to it when he famously said, "The only thing we have to fear is fear itself."

Fear can become a self-fulfilling prophecy. The impact of fear on my life has lessened over these many months - mostly by my learning to greet this unwelcome visitor who has taken up residence in my living room (and gives no sign of leaving any time soon). You do get used to it.