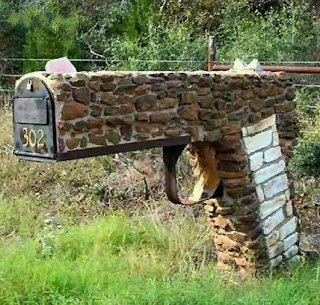 Last night, I was going through some of those window envelopes that have been piling up, and I came across one from a California firm called US Labs. I glanced at the "Pay This Amount" box, and when I saw the amount – $780.24 – I figured it had to be one of those situations where they haven't yet submitted it to my medical insurance. So, I fired off an e-mail to them, with my insurance information.

This morning I get a response. It turns out they already did submit the bill to my insurance, and my insurance has paid it. The $780.24 is the remaining portion of the bill that I have to pay.

I could have discovered that perfectly easily by reading the whole bill. The entire case is laid out right there, in black and white: 9 separate laboratory tests, with a full accounting of how much of each one my insurance has paid, and how much each charge has been reduced according to the "Contractual Allowance" (that's Blue Cross/Blue Shield's "If you think we're going to pay that, you're crazy" discount). I didn't read the whole bill, though, because the possibility that a lab charge of $780.24 could represent my responsibility after insurance wasn't even on my radar screen.

So what kind of wacky lab work is this, that racks up megabucks in one day? I look again at the bill. One of the charges says "Tissue Culture - Bone Marrow." OK, there's my answer. This is all from my bone marrow biopsy on July 25th.

Here are the itemized charges, before insurance adjustments:

I don't even know what most of these tests are, of course. When words like "chromosome" and "molecular" pop up, though, you know you're in the pathological big leagues. 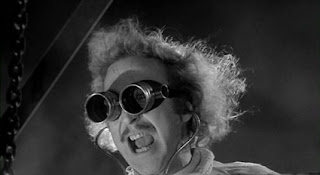 Treating cancer is expensive, no doubt about it. I'm coming to learn that even studying cancer, to find out what kind of treatment to pursue, is expensive in itself.
Posted by Carl at 12:38 PM

Wow. I order FISH tests all the time. I had no idea they were that expensive or that patients were having to fork over this much. Thanks for the info.

Well, it's hard to understand what they really cost, when there's such a variation between the list price and what patients (and their insurance companies) actually pay.

Kind of reminds me of a Middle Eastern rug bazaar. There's really no price, you just negotiate (or, rather, our insurance companies do the negotiating). It's no wonder doctors set the asking price so high. It has little relation to reality (only for the miniscule number of wealthy, uninsured people), but I suppose they have to set it high so the insurance companies don't cut the reimbursement down to below their actual costs.