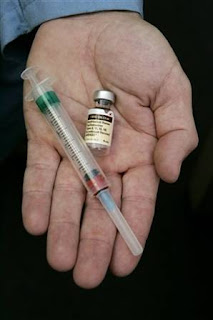 An encouraging development, today, in a news release sent around by the Lymphoma Research Foundation: a company called Biovest International has announced that a vaccine for indolent, follicular Non-Hodgkin Lymphoma – the kind I have – is poised to move on through another stage of the FDA approval process.

The word "vaccine," as applied to this kind of cancer treatment, is used differently than in other contexts. When most of us think of vaccines, we think of preventative measures: a tiny, weakened sample of a viral disease – such as polio or influenza – injected into a person, that teaches the immune system to fight off the disease in the future. Cancer vaccines likewise teach the immune system to fight off disease, but they're not given as a preventative measure. They're given as treatment of a disease already begun.

Another difference is that cancer vaccines are not mass-produced nor mass-distributed. They're designer drugs, in the truest sense of the term. Each vaccine is custom-made – fabricated in the laboratory, with samples taken from a particular patient's abnormal cells (in the case of lymphoma, from cells taken, via surgical biopsy, from a cancerous lymph node).

Biovest, says the press release, "announced...its regulatory strategy for its Fast Tracked Phase 3 clinical trial of its anti-cancer vaccine for the treatment of Non-Hodgkin's Lymphoma, BiovaxID. The trial was begun by the National Cancer Institute in 2000. The Company performed a data lock in September 2007 and anticipates having an interim data analysis of unblinded data on the primary endpoint of disease-free survival for BiovaxID completed and publicly disclosed by March of 2008."

I don't understand all these terms, many of which belong to the rarified world of government regulation. I assume the phrase "data lock" means the Phase 3 clinical trial is winding to a close, and that the drug will soon be ready to move on to be considered for FDA approval.

The news release goes on to speak of "a survival rate of 95%" and an "outstanding safety profile of the Phase 2 and Phase 3 trials." It's PR-speak, of course, but if there's experimental data to back those words up, it's all very encouraging. 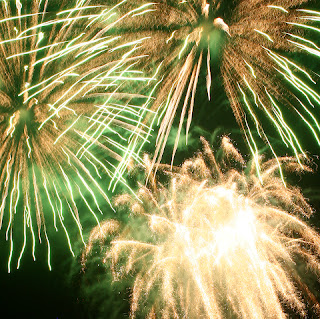 For a little while in early 2006, there was discussion of my perhaps being eligible for a clinical trial of an NHL vaccine. That was just after my diagnosis, when the doctors still thought I was dealing only with follicular, indolent lymphoma – not the aggressive variety as well. Until the revised pathology assessment nixed that possibility, Dr. Portlock suggested I consider joining a clinical vaccine trial. Whether or not this was the Biovest study, I can't recall.

In any event, it's encouraging news. If there's an up side to "watch and wait," it's that the longer I wait, the more likely I am to be rewarded with some research breakthrough that will result in a new treatment that will make a difference for me.
Posted by Carl at 11:38 PM