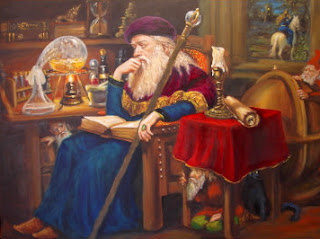 This afternoon, as planned, I go to see Dr. Lerner. As it turns out, he hasn’t heard from Dr. Portlock yet, but I’m able to summarize for him the things she told me yesterday. (He’s sure she’ll send him a note eventually, detailing her findings.)

This time, the two are on the same page. Dr. Lerner says his leading recommendation – out of the 4 or 5 options he laid out for me at our last consultation – is “watch and wait.” The good doctor is quick to point out, though, that there’s no easy answer to the question of where to go next with my treatment. The fact that I first had the diffuse-mixed-large-and-small-cell type of NHL, which has since transformed into follicular NHL, puts me in a relatively small group of patients. No one has conducted any research on how best to treat people like me. Because of the multiple treatment options, any such study would be extremely complex, involving hundreds (if not thousands) of patients, and multiple treatment centers. It’s no wonder no one has undertaken it.

This, says Dr. Lerner, is an example of the old saying that medicine is an art as well as a science. Taking an educated guess as to where to go next, with a patient like me, is where the “art” part comes in. 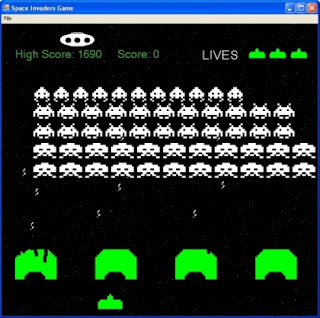 It seems counter- intuitive that the best option, right now, is probably watch-and- wait. If you’re playing the old “Space Invaders” arcade game, when those ranks of creepy- looking monsters slowly start to descend, row upon row, you naturally want to blast as many of the pesky little critters as you can, as soon as you can. (Fail to do that, and they’ll soon be so close and so numerous, there will be no stopping them.)

Follicular lymphoma’s not like that. Dr. Lerner explains to me that – as odd as it may sound – the effectiveness of the treatment is not related to how early you start administering it. Sooner’s not necessarily better than later. If I’m not feeling any symptoms (and I’m not), he thinks we’d do just as well to wait, and be ready to start treatment the moment the disease starts to make me uncomfortable (or, as soon as subsequent scans indicate a recurrence of the aggressive variety of the disease).

To continue my Space Invaders analogy, it’s as though the little laser cannon at the bottom of the computer screen has only a limited number of shots. Each shot, though, does far more than just vaporize a single alien. Push the button once, and you lob a futuristic bug bomb right into the middle of the horde, blasting them all to kingdom come. They’ll be back before long, to recommence their slow descent – yet, when they do return, the best course of action is to watch and wait while they slowly fill up the screen, then zap ‘em again with something else, just before they get to you.

It’s a nerve-wracking way to go about it (especially with that Nazis-on-parade drumbeat as the incessant background music), but it does display a certain elegant logic.

Dr. Lerner tells me about one follicular NHL patient of his, whom he’s been seeing for over 20 years. The man is now in his 70s, and has swollen lymph nodes all through his body. This guy’s never received any treatment other than watch-and-wait. As long as he’s feeling good, there’s no point in doing anything else.

I mention to Dr. Lerner that Dr. Portlock had spoken of an allogeneic stem cell transplant as possibly being in my future, once the disease progresses far enough. He offers to give me a referral to the Hackensack University Medical Center here in New Jersey, a major cancer center that’s got an excellent reputation for stem-cell transplants. Dr. Lerner says that, for stem-cell transplants, he prefers Hackensack to Memorial Sloan-Kettering. He gives me the names of Dr. André Goy and Dr. Michele Donato from the Hackensack staff, both of whom are experts in this field.

Even though we’re not contemplating a stem-cell transplant in the immediate future, he thinks it would be a good idea for me to go there soon, for a consultation and some testing. The hospital could mail testing kits to my two brothers, Jim and Dave. Each of them would take a few saliva samples using cotton swabs, and mail them back to Hackensack. This would determine whether either one is a compatible stem-cell donor. Dr. Lerner says there’s a 25% chance that a sibling donor will be compatible. Because I have two brothers, that ups my odds to 50%.

If that doesn’t work out, all is not lost: there’s a bone-marrow donor registry that could very well include a compatible tissue donor – although a sibling is always the best, if a good match can be found. Failing that, I could donate my own stem cells in advance (an autologous stem-cell transplant), which would be put in cold storage before the mega-chemotherapy begins – although this is the least-desired choice, because there’s an outside chance that some free-floating lymphoma cells could make it into the self-donation sample.

Sure, I say to him, go ahead and have one of your office staff set up an appointment for me. We may as well keep all the options open.

Here’s hoping Drs. Lerner and Portlock are as good artists as they are scientists.
Posted by Carl at 11:43 PM

Hi Carl. "Watch and Wait" sounds very good to me--good feel healthy; good to be out of the firm grip of medical interventions; and good, too, to have a bit of art in your life. Great!!! XX, Judith