Yesterday evening was a moment I’ve been both joyfully anticipating – and also dreading – for many weeks. At 10:30 p.m., on a breezy, Southern California summer night, I held tightly to our daughter, Ania, bidding her farewell as she began her freshman year of college.

More than a year ago, when Ania told us she’d like to consider California colleges, it made the most sense for Claire to accompany her on the West Coast tour. It was October, and my chemotherapy was only a few months behind me. The church had been more than generous with medical leave, and I didn’t want to ask for more time. Of course, there was also the matter of airfare. I had to content myself with stories and photos. 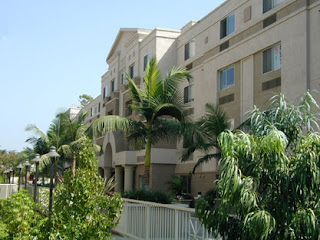 In the spring, after the dust of the application process had settled, Chapman University in Orange, California emerged as the favored campus. We mutually agreed that I’d be the one to fly out here with Ania and help her move in.

We’ve been through this sort of leavetaking before, with Benjamin. He began his college studies at Drew University, a couple hours’ drive from home, so we knew we’d see him for the occasional weekend and for holidays. In Ania’s case, the cost of a cross-country commute – paid for by two ministers’ salaries plus some indispensable help from extended family – made it clear she’ll only be coming home for Christmas. That adds some extra angst to the farewell.

Thinking back to our leavetaking with Ben, I remember an overwhelming surge of emotion that took me quite by surprise, as we said our goodbyes in the parking lot. Sure, I’d expected a wistful moment or two. I knew I’d miss him terribly. But I figured I had the feelings under control.

So, at the end of Ben’s move-in day at Drew, I wasn’t prepared for the tears that flooded my eyes. I’m not sure how much our self-reliant firstborn was aware of what was going on inside his dad. Clearly, he (like Ania) was more than ready to strike out on his own, and felt the beckoning of the future more strongly than the drag of the past – but I just about dissolved inside during that final hug. Even so, following in the tradition of my dour Scottish and Swedish ancestors – whether or not the Swedes have a word for “dour,” they’re just as accomplished at the stiff-upper-lip routine – I kept those unexpectedly turbulent emotions under control. I turned away from him before I wiped my eyes. 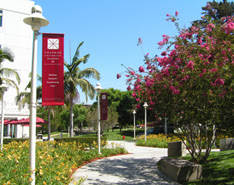 Chemotherapy takes your hair, but hair grows back. It saps your energy, but that comes back, too. In a way that’s hard to describe, those drugs also dissolve some of the barriers we construct in life, that we use to hold our emotions in check. Those don’t come back so easily.

That night in December of 2005, when Claire and I sat at the kitchen table, and tried to lay out for Ben and Ania as coolly and accurately as we could the news of my diagnosis, I could feel those barriers starting to crumble. We were all feeling scared about what the future might hold. The months that followed looked like they’d be an ordeal – and they were – but we got through them, and with a favorable outcome.

In the intervening months, I haven’t felt the need to build the emotional retaining-walls back up again. What’s the point? With or without cancer, life’s too short. 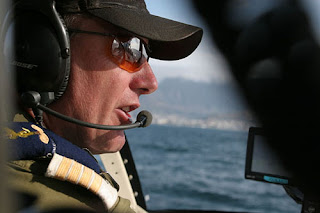 Here in California, on that night fragrant with flowers, Ania and I both knew what we had to do. Throughout the past couple of days, the university’s orientation speakers had politely but firmly made it clear when was the moment for goodbyes. In the parental briefings, they warned us against being “helicopter parents”– making too-frequent visits to campus, or using the cell phone and the internet to hover over our kids, making it hard for them to break free. As we walked away from the closing ceremony, student volunteers were even holding out boxes of Kleenex. (Those Chapman people think of everything.)

When Ania and I joined in that final embrace, we were both sobbing. She found this remarkable college on her own, surfing the internet. She lobbied us gently but effectively, until we agreed to the cross-country college tour, and, later, to allow her to accept the offer of admission. I’m more certain, now, than ever that she’s made the right choice. Last night, I told her so. On that level, I’m deeply happy – for her, if not for me. When the moment of the actual parting came, it was, as the Bard says, “such sweet sorrow.”

My eyes were streaming as I walked down the steps to the underground parking garage. This morning, I have some down time in the hotel, before driving the rental car to the Orange County airport for the long flight home. 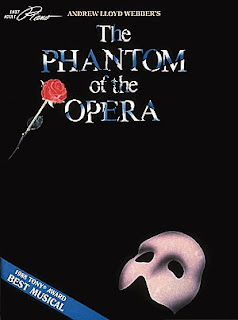 A little while ago, I was standing in the shower, thinking over the events of the past couple of days. One of the things Ania and I did yesterday was to walk into the university library, where she checked out a book of music she needs for a vocal audition this Friday. It was a snap decision: she hadn’t realized there’s an audition for her voice lessons, so she had to quickly locate sheet music for a song she knows, to hand to the accompanist. She chose something from Andrew Lloyd Webber’s Phantom of the Opera. As I shampoo my hair, I find myself humming the tune: “Wishing You Were Somehow Here Again.”

I realize what it is I’m humming. Of all the songs she could have chosen, why did it have to be that one? The tears flow, all over again. This morning, as I awoke, I thought I was getting over this. Evidently not.

I’ll admit it. I’m a softie now. Sorry, ancestors, if that dishonors our dour Northern European traditions. I’m a cancer survivor, and I love my daughter more than words can say.
Posted by Carl at 1:53 PM

Email ThisBlogThis!Share to TwitterShare to FacebookShare to Pinterest
Labels: emotions

Awesome! You made ME cry...whenever a man cries, I go to pieces. I found that I cry more now after had been divorced and having experienced the tragedy of September 11th. You are right, llife is too short. Congradulations on having recognized this. I am sure that Ania will do great! MB

Carl,
I am already dreading this moment you write of when I take Kyle to college next year! Ania will flourish while you and Claire deal with the empty nest.....there's another thought I dread! LOL! My best to you!
Regina Y.

Carl - Fran and I just dropped off our baby son Akiva at Bowdoin College in Maine, and I felt exactly the emotions that you describe so elegantly.

All prayers and best wishes in your stuggle, and thank you for sharing your precious thoughts and feelings!

Carl - Fran and I just dropped off our baby son Akiva at Bowdoin College in Maine and we had exactly the emotions you so elegantly describe - even though we've been through this twice already. Thank you for sharing your thoughts and insights.

Yes, Norm, I was aware that Akiva was heading off to Bowdoin. A great school, I've always heard - though I've also heard you have to really like the country to go there!

Here's hoping both our kids have a fine experience, spreading their wings!