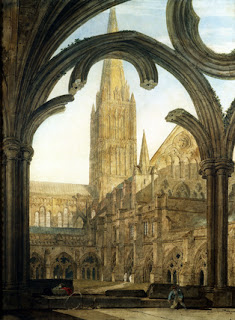 The other day, I was reading a Newsweek article about global warming. The writer, Fareed Zakaria, is interviewing James E. Rogers, an executive of Duke Energy – one of the nation's largest coal producers. Zakaria presents Rogers as something of an environmentalist, even though he works for a company that's the third-largest producer of carbon emissions in the United States.

Rogers makes the point that, until we fully develop alternative energy sources – which is going to take many decades – we're still going to need coal. Yet, we need to burn it responsibly, doing everything possible to limit harmful emissions. We need a big-picture view, while long-term solutions are being developed. We need something he calls "cathedral thinking." 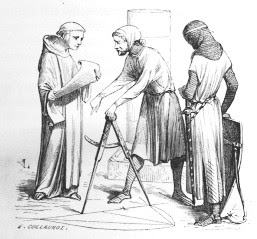 And what is cathedral thinking? It's the sort of thinking practiced by the builders of the great medieval cathedrals. Those who laid the foundations of those imposing structures knew they would never live to see the tops of the spires. Construction took longer than a human lifetime.

Yet, still, those stonemasons got up and went to work every morning. They did so because they were cathedral thinkers, practicing the sort of vision that goes beyond the next week, the next year, even the next century. 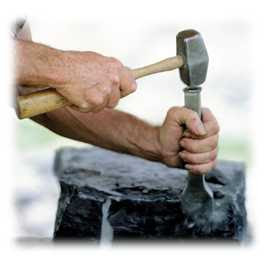 In our chronically impatient culture, cathedral thinking is a tough sell. If we can't have something tomorrow, or even later today, then (we think) what good is it?

I just ordered a computer printer for our daughter, Ania’s dorm room, arranging to pick it up at the Orange, California location of a national electronics chain. I’ll be out there on Monday, to help her move in. If I were there now, I could have had it a lot sooner. The company advertises on their website that you can put in an online order, drive down to your local store, and if they don't have it waiting for you in 24 minutes, they'll give you a $25 gift card. Imagine: 24 minutes! Talk about instant gratification...

The watch-and-wait regimen I'm now enduring for treatment of my NHL is one that arises out of a sort of cathedral thinking. It doesn't extend beyond a human lifetime, of course, but it does extend longer than the "Hurry up and make me better, Doc" frame of reference most of us are inclined to use. Cathedral thinking, NHL-style, looks at the disease from the standpoint of decades, not days. It counts the number of treatment arrows remaining in the quiver, before notching one onto the bowstring. It uses time as a therapeutic tool, not merely as a way of chronicling impatience. 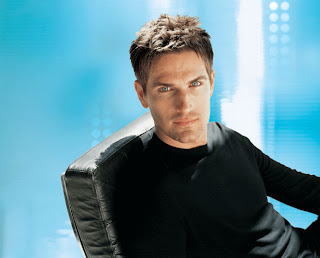 The other day, Jean, a friend and ministerial colleague of mine, gave me a CD by a Christian singer named Greg Long, an artist I hadn't heard of before. She wanted me to listen to a particular track called, "In the Waiting," that she said reminded her of some things I've written in this blog about the watch-and-wait approach. Here are some lines from the song:

"Pain
The gift nobody longs for, still it comes
And somehow leaves us stronger
When it's gone away

I want a peace beyond my understanding
I want to feel it fall like rain
In the middle of my hurting
I want to feel Your arms as they surround me
And let me know that it's okay
To be here in this place
Resting in the peace that only comes
In the waiting...."

"In the waiting" is where it all happens – whether it is the construction of a cathedral, or the healing of a disease. 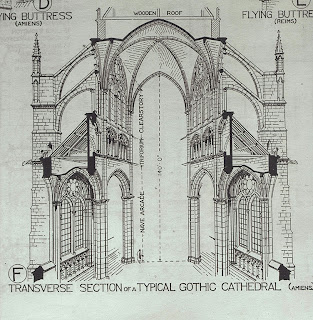 Carl,
You lead us to a new point of view,-cathedral thinking-.
Let's adopt it.
Thanks again.
Euphoria

Reminds me of Ken Follett's first (and best, IMO) foray into historical fiction: "Pillars of the Earth". It gave a sense of the generational thinking necessary for the artisans, architects, priests, and their families during the construction of a cathedral. Excellent read!
Robin