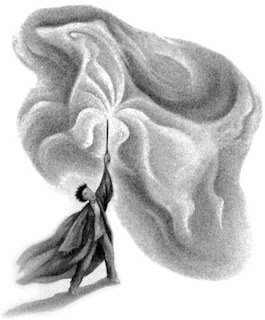 This morning in the worship service, I preach about the Christian symbolism in Harry Potter and the Deathly Hallows (a topic I’ve briefly mentioned in this blog, on July 27th).

After the sermon, as I read aloud the list of names for intercessory prayer, I include my own name at the end of the list: briefly explaining that I’ve had my consultation up at Memorial Sloan-Kettering, that my cancer is back but is slow-moving, and that the consensus of the doctors is to watch and wait.

Afterwards, I have to explain to a number of people what I meant by that, because it sounds so counter-intuitive.

“You mean you’re not getting treated?”

“No, I am getting treated. Watch-and-wait is my treatment for now. The doctor’s going to monitor me carefully, and as soon as my swollen lymph nodes get big enough, or I develop symptoms – whichever comes first – we’ll start treatment. Sooner, later – it doesn’t much matter when. The treatment will be no more effective later than it would be if we started tomorrow.” 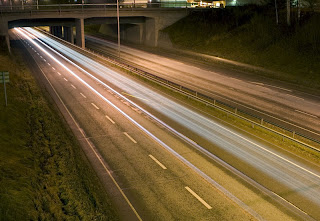 Lymphoma is significantly different from many other forms of cancer. With most cancers, there’s great anxiety about the tumors metastasizing – spreading to other parts of the body. With other cancers, the lymphatic system is often the highway by which malignant cells make their dangerous journey. If a woman has breast cancer, for example, the oncologist keeps a close watch on “sentinel lymph nodes” nearby, and calls on a surgeon to remove any that appear cancerous. Once that kind of cancer gets into the lymphatic system – whose network of nodes and vessels functions as a sort of superhighway within the body – it can take any one of a number of exit ramps, establishing residence in other bodily organs.

With lymphoma, there’s not much concern about the cancer jumping to other parts of the body. Lymphoma doesn’t metastasize to the lungs or the brain, for example. It could move into the bone marrow (in which case my lymphoma would be labeled stage IV, rather than stage III), but – according to my understanding, anyway – that’s about as far as it can go. It can spread more extensively within the lymphatic system, creating more and more enlarged lymph nodes – not to mention bulky tumors, which are clusters of cancerous lymph nodes. Depending on where they’re located, such tumors can create ill effects by physically pressing on nerves, blood vessels, or organs. Yet, lymphoma’s not likely to show up in the form of lung cancer, nor brain cancer, nor any of other scary varieties you may care to mention.

The sort of watching and waiting my doctors and I are now practicing is not a sort of passive resignation. Nor is it an abdication of responsibility. It’s just what we have to do right now, and for the foreseeable future.
Posted by Carl at 11:53 PM

My name is Euphoria,
I would like to ask you, how do you feel about this watchful waiting.
I'm diagnosed as, MALT marginal zone NHL ,B cell, stage IV, (bone marrow infiltration 15%), three months ago and I'm still waching and waiting. I can't stand this .
Consciously, I understand the reason of this Kind of therapy,but unconsciouly a very bad fear arises from the bottom of my soul .
I must notice , that in 1983 ,when I was thirty, I had another type of lymphoma, very aggresive and extemely painful, with a tumor 13 cm in left parotid , and I was treated immediatele with M-bacop chomotherapy and radiation.Like a miracle the tumor desappeared with the first half dose of chemotherapy. So, this experience confuses me very much.
I have to thank you, for your excellent , to my opinion , blogg, that I read continuously and that helps me very much.
I'm very sorry of the quality of my writing because english is not my native language.

(What a wonderful name you have!)

Thanks for writing, and for your kind words about my blog.

A lymphoma survivor since 1983... You've been at this a long time. You probably have a lot to teach newbies like me about the discipline of waiting.

Nevertheless, reflecting on what you wrote about waiting, I've written another blog entry, with you (and other watch-and-wait lymphoma patients) in mind. It's the one dated August 13th.

Since you mentioned Harry Potter in this post, I thought I'd ask if you're familiar with Randy Alcorn? He's a prolific Christian author (non-fiction and fiction) who recently started his own blog. He shares his thoughts on the HP hoopla - in case you're interested.

I've heard Randy Alcorn's name before, Vicky, but don't know much about him. I did take a look at his blog, and the comments some have left, on the Harry Potter books. I'm struck by how unfamiliar these people seem to be with what is actually in the books - particularly this most recent one, which is studded with so many positive allusions to Christianity.

I was watching a TV interview recently with Harry Shearer, who does the voices for both Reverend Lovejoy and Ned Flanders on the Simpsons TV show. He was commenting on the fact that, when they first began the show, he was the target of vicious attacks by Christians, who were unhappy with the character of the underachieving Bart as a bad example for youth. More recently, though, he was the subject of a couple of laudatory articles in major Christian magazines, commenting on how Lovejoy and Flanders are - despite their foibles - sincere and generally positive examples of people who are struggling hard to life a life of faith. The contrast between then and now, Harry was saying, is remarkable.

What is it about us Christians that leads us to look at something new, and immediately shout out a "NO!", before we dare to venture a cautious and tentative "Yes"? I think there was a reason why Jesus found it necessary to say "Judge not and you shall not be judged" (and remember, the people he said this to were not just anyone, the were HIS DISCIPLES!).

Would that all (or even a part of) the well-meaning Christian efforts directed towards policing children's reading choices could be directed towards one of the causes Jesus did explicitly speak out for, vehemently and often - like justice for the poor!