Paging through an old copy of Cure magazine (a publication for cancer survivors), I notice a headline in a full-page ad: “Have you been diagnosed with Follicular Non-Hodgkin’s Lymphoma (NHL) following previous rituximab therapy?”

Reading on, I discover it’s an ad for a clinical trial being conducted by Genentech – the drug company that brought us rituximab (Rituxan). They’re also the people who flew Claire and me to Las Vegas a few years ago, to give a little motivational talk to their sales force.

Down at the bottom is a serial number I can use at the clinicaltrials.gov website, to find out more about this study.

I visit that site, key in the number, and come up with a page describing a study of a new investigational drug called Apo2L/TRAIL – trade name, Dulanermin.

It’s a Phase II clinical trial – which means it’s still in the early stages of investigation. As of now, the trial is also fully subscribed: which may be just as well, since I’m not sure I’d want to risk the side effects of a Phase II trial when I’m still in a watch-and-wait mode and feeling good.

It’s interesting to read about this new drug, all the same, because it could be in my future.

Here’s the scoop, from an Amgen press release of a couple months ago (the Amgen pharmaceutical company is conducting this research in partnership with Genentech). Dulanermin is one of a family of “highly selective therapies to induce cancer cell death.” Well, who can argue with that? 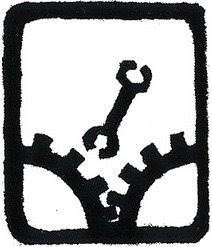 “In cancer,” the article continues, “the dysregulation of apoptosis is critical in the development and survival of tumors.” I know, from previous reading, that apoptosis is cell death – the normal tendency of cells to die according to a genetically-preset timetable, only to be replaced by new cells. In cancer cells, the apoptosis switch is turned off, allowing them to continue to grow and wreak havoc in the body. “The dysregulation of apoptosis” is inscrutable medical jargon for “throwing a wrench into the genetic machinery that would otherwise cause cells to die when they reach the end of their natural lifespan.”

Dulanermin – if it fulfills the hopes of the pharmaceutical researchers – would yank that monkey-wrench back out of the machinery, so cells would continue to die according to their normal timetable and would never morph into cancer cells. 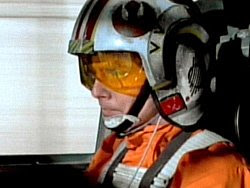 Is this the next Rituxan? Impossible to say. Clinical trials like this are being conducted all the time, mostly below the radar of non-medical types like me. Every once in a while, a full-page ad jumps out at us, a reminder that this valuable work is going on.

Kudos to the researchers for keeping up with this sort of thing.

Who knows? If this one ever makes it to a Phase III trial, maybe they can sign me up.
Posted by Carl at 9:30 AM

Carl,
On behalf on CURE magazine, we are grateful to you for reading our magazine! We are glad that as our name states (Cancer Updates Research and Education), we were able to provide helpful information to educate our readers that led to applicable information for you. We wish you the best in your cancer journey and if there is ever something we can do, please do not hestitate to contact us directly at alex.hurd@curetoday.com.

Thanks, Alex. I find the magazine very informative, and well-designed.

Thank you for mentioning this promising treatment in your column. Results of the phase I trial appear in the Journal of Clinical Oncology (Vol 25, No 18S, June 20 Supplement, 2007: 8078). You can read the abstract online at:
http://tinyurl.com/lvo9b5