This afternoon I have my 3-month appointment with Dr. Lerner. He looks over the radiologist’s report from my Valentine’s Day CT scan, and confirms that, yes, the cancer is stable. If anything, he says, one of the enlarged lymph nodes in my mid-section seems to have diminished slightly in size – although it’s by such a small amount that it is, for all practical purposes, the same.

His physical examination of me – palpating the lymph-node areas around my neck, armpits and groin – reveals nothing out of the ordinary.

Pointing out that it’s been six months, now, since the cancer has grown, I ask him if this long stretch without changes is something he sees often. Yes, he says, this is the way indolent lymphomas often behave. Sometimes they move ahead for a time, sometimes they stall, sometimes they even diminish in size. As long as I’m feeling well and have no symptoms, there’s no call for treatment.

I ask him if there’s any scientific explanation for why indolent lymphomas grow in fits and starts like this. He says no, science doesn’t know why this cancer behaves this way. “There’s nothing we can do to prevent it, either,” he goes on. “We just watch it, and when the time is right, we treat it.” 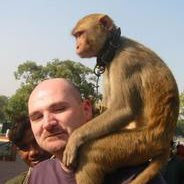 “Incurable, but treatable.” I’ve been familiar with that terse description for some time. To that I can add another adjective: “unpreventable.” Incurable and unpreventable – now, there’s a surefire recipe for feelings of helplessness! My doctor’s just told me there’s nothing I can do – no diet, no exercise, no medicine – that will have the least effect on how rapidly my malignancy advances (not anything modern medical science is aware of, anyway). The best I can do is to remain vigilant and strive to live an ordinary life, trying to ignore the cancer monkey clinging to my back.

There’s nothing I learn today, from Dr. Lerner, that I haven’t heard before. For some reason, though, the word “unpreventable” seems highlighted in my mind. It’s actually a comforting thought. It’s reassuring to know I’m not falling down, in some way, in my preventative self-care. 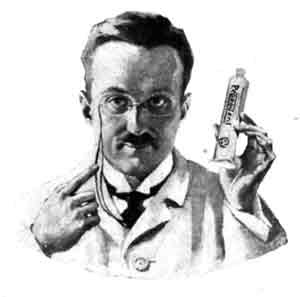 I know there are a lot of alternative therapies out there. I could pursue some of them, were I of a mind to do so. But, I’m not. I’m skeptical of purely anecdotal claims of effectiveness – which is mostly what I hear, in favor of such nostrums. I suspect part of the appeal of these treatments is that they’re a way for patients to feel like they’re doing something, at a time when there’s not much to do, other than wait.

Unpreventable. Assuming you already know you have cancer, it’s a good word to hear.
Posted by Carl at 10:44 PM

Email ThisBlogThis!Share to TwitterShare to FacebookShare to Pinterest
Labels: coping

Thank you for your post to my blog. I am interested to learn more about what you have. Preventable but uncurable...nice combo?
I appreciate connecting with fellow cancer patients, I believe it is a lifetime membership. Liek AMEX, membership does have its priviledges! We get to meet people along the way, that we otherwise would not have met, that touch us, inspire us. I think that is important to appreciate.
Hoping for you, your friend.
Amy

Originally it was "diffuse mixed large and small cell," a B-cell type of lymphoma that included both an aggressive (large cell) and an indolent (small cell) component. My R-CHOP chemo seems to have eliminated the aggressive type, so now I'm considered to have indolent (follicular) lymphoma.

Thanks for the good wishes!

And I am similar to Carlos; having had CHOP/R treatment and am now considered in remission. However as I
have also been diagnosed with Lupus
am in a long-term program (I call it
a booster shot)of Rituxamib once
every 12 weeks (initially). This has been changed to now once every six weeks.

As to Carl's current condition and to a lesser extent mine the old saying "if it isn't broken, don't
fix it" comes to mind.

In the interim blogs such has his keeps those of us so afflicted
in tune with others similar.

Hi Carlos, I celebrate your good checkup. Your lymphoma is stable (yes, I wish it was smaller and hope that some of the persistent abnormalities are non-malignant scar). No new problems. Nothing to suggest a need to change course with treatments.
It's a tough balancing act: staying vigilant while trying to ignore it. It takes understanding - of what to look for and what to do - and practice. The good news is it can be done.
I agree with you about the appeal of unproven therapies during times that patients feel like sitting ducks, waiting for the other shoe to fall. The problems arise when the alternative therapies are dangerous, expensive, or uncomfortable. Or when they offer a false sense of security that leads patients to ignore symptoms or delay reporting them.
With gratitude and hope for your continued good health, Wendy www.wendyharpham.com

I wish I could say it were scar tissue from the abdominal mass I had, but these enlarged lymph nodes are in different locations. One of them's been the subject of a needle biopsy, which confirmed that it's active cancer.

What I've really appreciated about your book is that you deal with coping with cancer in the LONG-TERM, for relapsed patients. So many of the other books out there deal exclusively with first-timers: valuable, to be sure, but just not where I'm at.