Here’s an encouraging development from the world of lymphoma research, reported in the British medical journal, The Lancet.

A recent study in Italy has returned very encouraging results for the radioimmunotherapy drug, Zevalin, in treating advanced follicular lymphoma patients. This was a first-line treatment: none of the patients had ever been treated before. Each of these 61 patients first received 6 treatments with a chemo cocktail of fludarabine and mitoxantrone (that’s different from the R-CHOP combination I received), then two infusions of Zevalin.

“All but two patients had a complete response after [Zevalin] treatment.

‘With a median follow-up of 30 months,’ Dr. Zinzani's team reports, ‘3-year progression-free survival was estimated to be 76% and 3-year overall survival 100%.’”

This is concrete evidence of the truth of the “treatable” adjective, that’s part of the “incurable-but-treatable” label frequently used to describe follicular NHL. The effectiveness of radioimmunotherapy drugs in the treatment of the type of lymphoma I have seems indisputable.

Zevalin, of course, was one of the radioimmunotherapy drugs nearly pulled from the U.S. market at the end of last year, because Medicare reimbursement rates had been set too low to pay for their continued manufacture (the other one was Bexxar). Thankfully, Congress bailed these two drugs out at the eleventh hour. 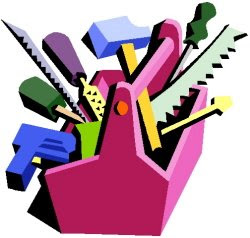 It’s encouraging to know that, at such time as I will require further treatment in the future, the doctors will have effective medicines like these to pull out of their toolboxes.
Posted by Carl at 10:45 PM

Hi Pastor. Thanks for bringing up this important topic. Unfortunately, the congressional bailout was only a small victory and not the end of the war. As I understand it, although Zevalin and Bexxar (another RIT) are available as treatments now, their long-term future is not as certain.

Of note, the congressional bailout was in response to a huge and swift public outcry, mobilized by Internet-facilitated communications urging survivors to contact their congressmen/women.

Democracy works, but only if people stay informed and involved. So thanks for this post. In survivorship, it's easy to get wrapped up in the science and art of medicine. Whether we like it or not, politics plays a role, too.

For anyone interested in the politics of the Zevalin story, Newsweek's Jamie Reno wrote about it in November, before the new law: http://www.newsweek.com/id/70301/output/print

Dear Carlos
I hove only to-day discovered this website. I am so sorry to hear of your condition but most impressed by the way you are coping with it and sharing your thoughts and discoveries. I certainly remember you both with affection.
Bill Shaw (dwilliamdshaw@aol.com)