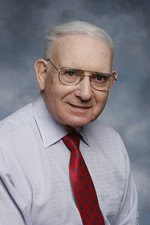 This evening I attend a talk by Arnold D. Rubin, M.D., Professor of Medical Oncology at Robert Wood Johnson Medical Center in New Brunswick, N.J. He's affiliated with the Cancer Institute of New Jersey. The program is sponsored by the New Jersey Chapter of the Lymphoma Research Foundation.

Dr. Rubin's introductory explanation of the underlying biology of lymphoma is among the clearest I've ever heard. Most of what he says I've heard before, but he has a way of putting it that makes it very clear indeed. I come away with a more precise understanding of this difficult material.

One comment he makes, in the question-and-answer time, makes a particularly strong impression on me. One of the audience members asks Dr. Rubin if he has any explanation for why cases of lymphoma have increased tremendously in recent years, even as incidences of other cancers are going down.

No one really knows the answer to that question, the doctor replies. Then, he ventures a theory of his own.

It's because the world is smaller, he explains. Through most of human history, travel was relatively rare. There was much less mingling of people from different parts of the world. Our cities are different, today. They're veritable melting-pots of migrants who hail from every corner of the earth. 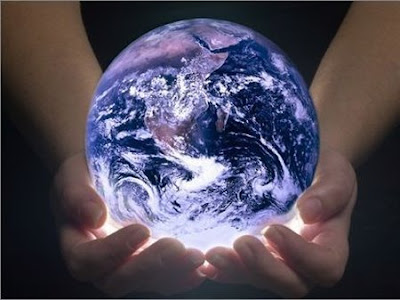 What this means is that we are all being exposed to a great many more different antigens – foreign substances that enter our bodies and must be neutralized by our immune systems – than ever before. Because lymphoma is a cancer of the immune system that begins with the failure of a single lymphocyte (a white blood cell) to self-destruct, after failing to fight off a specific antigen, then if there are a great many more such failures nowadays, it would stand to reason that there's a proportionately greater chance of a cancerous blood cell developing. All it takes is one such mutation – just one, out of millions – to start off a chain-reaction of lymphoma that ultimately spreads throughout the entire body.

OK, maybe I've lost you with that explanation. Let me try to explain a little more of the underlying biology Dr. Rubin explained to us. 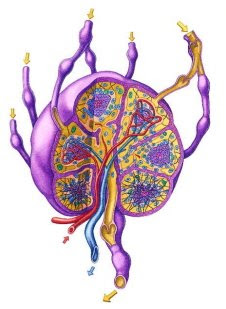 When an antigen enters the body – actually, not one, but a great many invader cells – one of them is conveyed to a lymph node. A lymph node is a sort of waiting-room where lymphocytes congregate. New lymphocytes are entering the node all the time. Each one gives the intruder the once-over, attempting to recognize it. The process of recognition is chemical: each lymphocyte contains certain receptors on its surface that match up with the chemical signatures of a certain, limited number of antigens. If a given lymphocyte has the right code on its surface, it goes off on a seek-and-destroy mission. If the lymphocyte doesn't contain the right chemical signature, it doesn't do what we'd expect it to do: go back to the barracks, to live and fight another day. No, it does something that sounds incredibly wasteful to our ears. It self-destructs. It seems our bodies are making so many new lymphocytes all the time, there's no room for slackers. 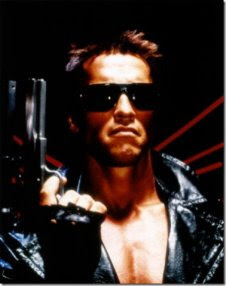 Healthy lymphocytes are kind of like the Terminator character, played by Arnold Schwarzenegger in the 1984 movie of that same name. Remember how Ah-nold's robotic character – programmed to kill a certain woman named Sarah Connor (played by Linda Hamilton) – was sent back from the future? It seems Sarah's destined to give birth to a son, who will one day grow up to lead a movement to save the human race from robots like the Terminator. This fearsome cyborg has been sent back from the future, to try to change history by murdering the mother of his race's nemesis.

That's the back story. The detail I'm interested in is that the Terminator is programmed to destroy one person and one person only. Everyone else is safe from him (unless, of course, they have the misfortune of getting between him and his quarry). Now, imagine it's not just one Terminator who's been sent back from the future, but millions. Each one is programmed with the DNA of a relatively small number of human beings: yet, if these Terminators don't immediately recognize their victims, they self-destruct – turning into a puddle of molten metal. That is, until one particular Terminator's self-destruct mechanism goes awry. He starts growing bigger and more powerful. He also starts cloning himself, so more and more mass-produced Terminators exactly like him start to roam the earth. They don't directly attack many humans – they're still programmed to seek out and destroy only a few selected individuals – but, their sheer numbers and size eventually make it hard for any humans to survive.

Now – at the risk of stretching our analogy even further out of shape – let's say the cyborgs from the future don't send just one Terminator back to our own time. Millions of them are arriving all the time. Most take a brief look around, and then die. Yet, the more Terminators show up, the more chances there are that the circuitry of one of them will go kablooey, and the processes of growth and rapid reproduction will commence. 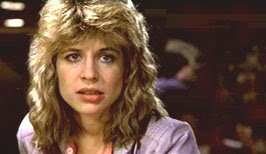 Sarah Connor is like an antigen, as far as these Terminators are concerned. The more antigens make their way into our bodies – as we rub elbows with people from all over the planet – the more lymphocytes our bodies call forth to fight off the intruders. There's a corresponding increase, then, in the chances that one of those lymphocytes will go bad – failing to commit chemical hara-kiri when it's supposed to, and starting to clone itself instead. Millions of these immortal clones later, we have a problem called lymphoma.

If Dr. Rubin is right, the explanation for the rapid proliferation of lymphoma cases in recent years has nothing to do with environmental pollutants, nor artificial sweeteners, nor cell phone towers, nor most any other imaginative explanation we'd care to mention. The more people migrate around the world, creating diversity in our communities, the more our immune systems have to work overtime to fight off various microbes and viruses. The more lymphocytes – the more tiny Terminators – our bodies produce, the more likely it is that one of those bad boys will go really bad, saying, "I'll be back!"

It's a small world, after all. Mostly, that's a good thing. In the case of our immune systems, it's decidedly not. 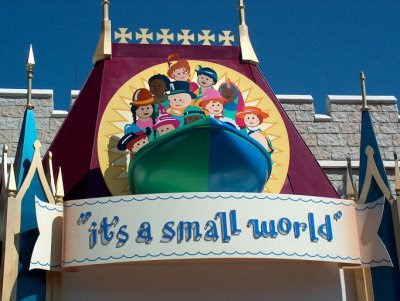 Email ThisBlogThis!Share to TwitterShare to FacebookShare to Pinterest
Labels: biology

Peace be with you Carlos, as well as those who read this message.(if this message is not censored :-)
The time has come.
I am here to bring judgment to the living and the dead. The harvest is ripe.
Now is your time of testing.
Pass this on to all fellow believers.