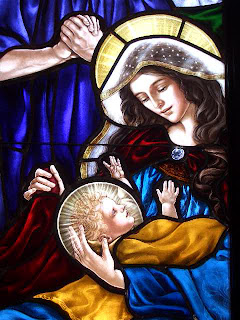 I’m taking a break from writing my Christmas Eve sermon to add a few words here, about the holiday and about how I’m doing.

I just read an online update from Walt Wangerin, a Lutheran pastor and novelist who, like me, is dealing with cancer. (I previously mentioned Walt in my Februrary 12, 2007 entry). Also like me, Walt has been engaged in a hard, uphill struggle, but has now emerged onto a sort of plateau. He has gone from thinking death was near to realizing he will likely live quite a while longer.

Back on August 10th, when he was still feeling sick, Walt wrote these words:

“Time used to tumble for me. Like the mountain stream that breaks at the big rocks, spouts and plunges at speed from crags to canyons. Time was narrow and very fast. 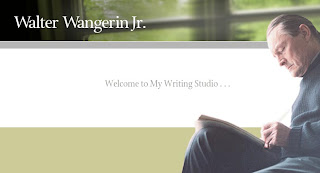 Now Time has slowed to a stately progression. I measure it in day/feet – feet per day. For there are fewer days left to me and heavier feet for the passage. Slowth: it requires enormous patience. Slowth: a damming of anxiety. The consequence of a body restrained, slower than an infant's crawl. My motion by disease reduced to the child's eternal wait for good things far away.

On the other hand, slowth's no trouble at all. Where once Time tumbled, now Time has widened. Like the river that covers a broad plain. And the patience I thought was severity has become my benefaction. 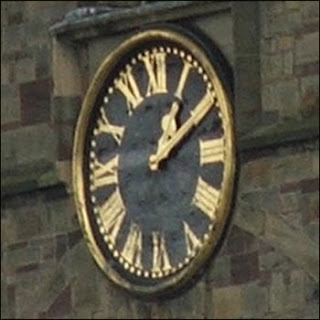 I don't look forward so much any more, dashing to grasp the future. I look left and right. I've the Time, you see, to scrutinize all that is. And what is companions me.”

As of his most recent update (November 26th), Walt is in a very different place. Like me, he’s had reports from his doctor that indicates the cancer has not progressed further. Consequently, he’s now got a different perspective on time:

“...my more earthly anticipations are turning toward living as well, yes, yes, yes – and with them come back again the old responsibilities little and large, personal and public; come back anxieties over things unfinished, the sense of the terrible rush of time eating away my days, my plans, my hopes of completing this thing and that.”

I can attest, from my experience, that it’s a strange thing to return to ordinary life, after some time spent dealing with life-threatening illness. I feel, at times, like I can’t trust good news to be good. After spending a long time waiting for the other shoe to drop, it’s hard to avoid keeping an ear out for it.

Yet, as Walt observes, there are certain advantages that come from the perspective offered by the valley of the shadow of death:

“And there at the threshold of eternity my casual sins, the bitterness certain people have conceived and still hold against me, the unresolved, unresolvable troubles lingering in relationships – all these diminished. The lesser the time, the less pressing these. What a lightness of spirit such a shuffling off afforded me. How sweetly my preparations for death consumed me. How elemental, how simple the holy focus of my attentions. And I knew no fears that I might still wound my friends or aggravate my family. We were at peace. I didn’t have time to destroy that. Dying made me a very good man. And mortal sickness drew both patience and compassion, mercy and love from all those so dear to me.” 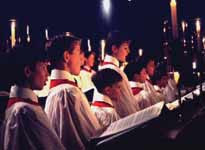 I’m sitting at the computer keyboard, listening to glorious music on the radio from the Festival of Nine Lessons and Carols from King’s College, Cambridge. There’s a timelessness to this beloved service: the soaring voices of the choirboys, the mellifluous, English-accented readings from the King James Version of the Bible, the beloved carols and anthems. It’s Christmas coming round once again: the same, year after year.

But, it’s also different. Two years ago, my Christmas was swathed in anxiety, as I was living into the reality of my diagnosis. Last Christmas, I took comfort in the fact that I was in remission. Now, I’m no longer in remission, but am on a similar sort of plateau to the one Walt now occupies. I could be here a very long time before undergoing further treatment, or perhaps it will be sooner. Only God knows. 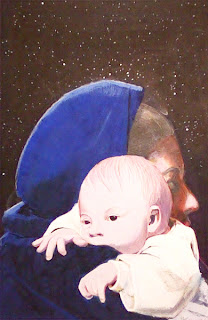 The only thing to do is, as Walt says, to look for those places in life where Time widens, and attention is sharply focused on the things that make for peace.

Christmas can be such a time. As the organ music swells and choirboys sing on, I realize that.

Dear Carl - Thank you so much for this wonderful column. It is a great encouragment.

Wishing u a happy and healthier New Year!!!