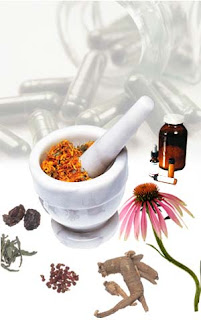 This evening I go to the monthly support group for the Leukemia and Lymphoma Society, held at The Wellness Community in Tinton Falls, NJ. It’s a good and spirited discussion – one of the best support group meetings I’ve been to in a long time. It’s a good mix of people. There’s a positive, affirming spirit among members of the group.

One of the features that makes it a good mix is that there’s a variety of viewpoints on the subject of alternative treatments. Tracey, our moderator (and an oncology nurse), does a fine job of keeping us all on track, striking the right balance of being directive on the one hand, and letting the group determine its own agenda on the other.

Maybe I’m climbing up on a soapbox, here, but I feel like I have to say something about the perpetual debate between proponents of alternative and traditional medicine. There’s a spectrum of opinion on this subject at tonight's meeting.

Putting all my cards on the table, let me say that I tend to favor the traditional-medicine side of the debate. I’m not against exploring alternative treatments, as long as they’re pursued in a complementary fashion – alongside traditional medicine (and keeping the traditional-medicine doctor fully informed), not in place of it. I take a dim view of forgoing something like chemotherapy – if the oncologists are recommending it – in favor of, say, chelation or wheatgrass cocktails. 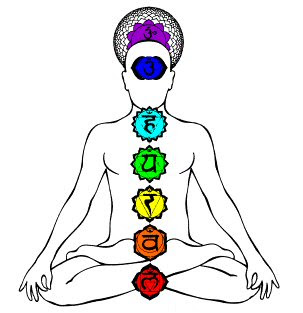 No doubt about it, alternative medicine has a fashionable cachet, in many circles. Some cancer patients have an innate tendency to distrust traditional, Western medicine, and leap to embrace the latest alternative nostrum, as long as it’s got an adjective like “homeopathic” or “ayurvedic” attached to its name. Why is it that the chakras displayed on an ancient Indian anatomical chart should receive as much credence as the diagrams of the lymphatic system found in Gray’s Anatomy? (Granted, chakras have been guiding Eastern medical treatments for many centuries, but the same can be said of the now-abandoned “four humors” – choleric, melancholic, phlegmatic and sanguine – that used to guide Western medicine.)

It seems to me – and this is my personal hunch – that some people operate from a sort of conspiracy-theory mentality, when it comes to the results of clinical studies. They have a tendency to suspect that a shadowy cabal of traditional-medicine practitioners, for some nefarious purpose, is covering up evidence that alternative treatments work. (And we all know how hard it is to carry on an objective discussion with a true-believer conspiracy theorist.)

There’s also the issue of control. Receiving a cancer diagnosis is a loss-of-control experience. Where once we made all our own decisions – what to eat, how to spend our time – suddenly someone else starts issuing orders. Our days are no longer our own. Medical appointments take precedence over everything else. Our disease seems to be running our lives.

It’s no wonder that some may choose to rebel, scouring the internet for personal testimonies about how some diet or natural-foods concoction has brought about a remarkable cure. Most of these approaches are harmless, in the worst case – and could even be helpful, in the best. They’re worth trying, if the patient feels inclined to do so – but never (I say, anyway) as a substitute for traditional treatments.

There’s no doubt that, when it comes to research dollars, the lion’s share of the money does go to traditional medicine. Is this because those foundation, university and government officials who hold the purse strings hate alternative treatments, and want to suppress them? Or is it simply that they’re trying to be good stewards of their scarce research funds, seeking to direct them toward projects that – in their estimation – are most likely to reveal something useful? 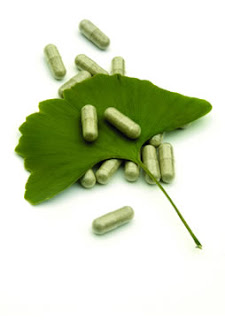 A lot of the evidence commonly cited in favor of alternative treatments tends to be anecdotal in nature, based on the experience of a small number of patients. In many of these instances, it’s hard to say for certain whether it was the alternative treatment or some other factor – maybe even dumb luck – that led to a remission or cure. Without a broad-based, statistically-objective study – one that costs a great deal of money, in other words – it’s very hard indeed to get beyond the anecdotal, in assessing the real value of these approaches.

So, who ya gonna trust? The guy behind the counter at the health-food store, who claims to be certified as a nutritionist by some unaccredited training program? Or, an oncologist, who’s had a lot more education and a lot more experience?

Here is what I tell patients who ask:

As oncologists, we do not have a bias against natural remedies. After all, some of our best chemotherapeutic agents are derivatives of things like tree bark, pine needles and fungi.

The problem is not the chemical themselves. The danger is that unless it has been studied properly, you simply do now know what will happen when you ingest large UNnatural quantities of certain things either in lieu of or alongside chemotherapy.

While many of these things are harmless, not all are. Who would have thought that grapefruit juice could turn certain drugs into poison? And who could have predicted that lung cancer patients who take chemotherapy AND high doses of antioxidants actually do worse than those who only take chemotherapy?

"Alternative" may equal "valid", but until someone does the proper research, "alternative" = "unknown effect."

And yet...the medical people need to admit that they don't have all the answers in their assortment of poisons. My oncologist has admitted to me that the chances of chemo helping my type of cancer is very small and at best, it would extend my life by a few months and yet he still pushes me to take it.

I don't think that is reasonable or fair or right.

No, I am not against chemo for everyone - I just think we as cancer patients need the truth and we need to be treated with respect and with the thought that we have some common sense to think through things on our own.

I've dealt with two different oncologists and they both treated me like I am an idiot for refusing their poisonous cocktails.

I recently came across your blog and have been reading along. I thought I would leave my first comment. I don't know what to say except that I have enjoyed reading. Nice blog. I will keep visiting this blog very often.