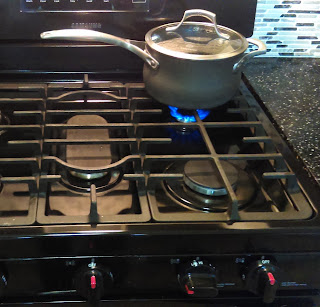 I’m overdue posting my latest news, but I’ve been away on vacation, then was occupied with re-entry tasks after returning.

On July 31st Claire and I drove two and a half hours down to Albany from our Adirondacks camp in Jay, boarded a train in Albany and headed into Manhattan. Our destination was Memorial Sloan-Kettering, where I had a long-standing appointment with my endocrinologist, Dr. Stephanie Fish.

Once our vacation plans had fallen into place, I’d tried to postpone the appointment so we wouldn’t have to travel so far. But when I learned that Dr. Fish’s next open appointment slot was in February — you heard it right, FEBRUARY — I cooked up our elaborate travel plan.

I’d had ultrasound testing at the time of my appointment with Dr. Boyle in June, and had gone to the new MSKCC satellite facility in Middletown, NJ for a blood draw just before we left for the North Country. So, this appointment was to hear Dr. Fish’s recommendation on whether or not surgery is called for, to remove the suspicious nodules in my thyroid bed and the lymph nodes on the left side of my neck that have yielded a positive biopsy for thyroid cancer.

Turns out, the answer is neither yes nor no, but “not yet.”

Dr. Fish observed that my thyroglobulin had gone from 1.0 ng/mL in June of 2016 to 5.7 in January, 2017. My latest July 21 blood work had it at 5.2, slightly lower. My June 5 ultrasounds showed no significant growth of the lymph nodes in my neck. The suspicious nodules in my thyroid bed are unchanged in size (these are the ones that could not be successfully biopsied with a needle because they’re too deep). Both my surgeon, Dr. Jay Boyle, and Dr. Fish concur that it's acceptable to continue the watch-and-wait.

Dr. Fish said they’d be willing to proceed with the lymph-node and nodule-removal surgery now if that’s something I want, but I told her I’m content to wait on that. She said she had been expecting — based on the January results — a steady climb in the thyroglobulin level, indicating rapidly advancing disease, but it does seem to have stalled for now.

I asked her what I could expect as far as how long the watch-and-wait strategy will continue, and she predicted I’ll probably need surgery within 2-5 years, depending on what happens to the thyroglobulin numbers. She said her greatest concern is the nodules, because - if they are indeed cancerous - they’re located in a place where, if they did start to grow, they could invade other structures in my neck, such as the larynx and esophagus. The lymph nodes on my neck, on the other hand, are close to the surface and would be less likely to impact other structures. 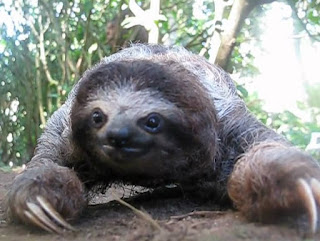 This whole experience is sort of like being stalked by a vicious sloth. We can see him coming, but there’s no particular hurry to get out of the way.

Bottom line: watch-and-wait continues. Surgery is on the back burner. Follow-up blood work and ultrasounds are scheduled for 6 months from now.

If I wasn’t such a veteran at receiving this sort of news,  I’d probably be consumed by anxiety. But I’ve been living with cancer for so long now, it’s not a new thought. Just more of the same.

After a dinner out with my sister-in-law Ramona in Manhattan, Claire and I bade each other farewell for the next week. I boarded an Amtrak train back to Albany, and she a NJ Transit train to our home on the Jersey Shore (she’d run out of vacation days and had to get back to work). I spent the next week getting our house ready for putting it out for rental on AirBnB: a new experiment for us.
Posted by Carl at 11:45 AM

Prayers that this thing stays on the back burner--it is crazy how long good physicians have appointments secluded out for.

Prayers for you Carl. I still remember you preaching for us down here at Morning Star. We built the "hole in the roof" of our church from inspiration from one of your sermons......
My dad passed away from stage 4 lung cancer. The one blessing from the experience was that we grew so much more closer in those 6 months prior....

I assume you are not only an "old hat" at receiving the news but waiting too! Tell us more about putting the house up for rent. Is that a summer home? winter home?

It's a summer place, rather small, very peaceful and cozy, surrounded by woods. Not directly on a lake, but a short walk from one. Close to Lake Placid. We hope to have the listing up on AirBnB in a week or so.

Good luck finding responsible renters! God be with you.

You will be back Tuesday I am told and Dr Boyle has great fellows. So I do hope you will recoop quickly

I hear lobster is very medicinal

In my thoughts and prayers
Lean in
Susan