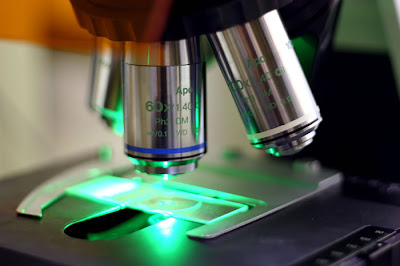 A news release from the Leukemia and Lymphoma Society directed me to an article in The Oncologist, which includes this conclusion:

“Treatment options for patients with follicular lymphoma have significantly expanded. They include ‘wait and watch,’ radiotherapy alone for stage 1 or 2, rituximab alone, RIT alone, single- or multiple-agent chemotherapy combined with rituximab, and participation in many ongoing studies with a variety of different treatment combinations and intensity levels. Therapy might thus ultimately be adapted to the patient’s individual situation, depending on the aggressiveness of the particular patient’s disease while still relying on a continuously growing repertoire of salvage therapies.

I plowed through the whole article, dense medical jargon and all, because it could very well describe the course of my next treatment.

Of the various treatment options described in the second sentence, I’ve already had “multiple-agent chemotherapy combined with rituximab” (the R-CHOP chemo cocktail I received in January-May, 2006). Ever since my relapse last spring or summer, my current “treatment” (if it can be called that) has been “wait and watch.”

I’ve known for some time about three other treatment options: autologous stem-cell transplant (ASCT), “extended” or maintenance treatment with rituximab, and radioimmunotherapy (RIT). RIT refers to one of two drugs, Bexxar and Zevalin, each of which attaches a radioactive tag to rituximab molecules, allowing tiny particles of radioactive material to piggyback on rituximab’s unerring ability to find and travel to lymphoma cells.

RIT is the treatment that came close to disappearing at the end of last year, when revised Medicare reimbursement guidelines threatened to price it out of existence (see my November 14 and November 30, 2007 blog entries). After a deluge of letters from cancer patients and their friends, Congress swooped in at the last minute and granted a temporary extension of the old reimbursement guidelines. Recently, the same thing nearly happened again. The President vetoed the latest Medicare bill that included sufficient funding to keep RIT alive, but Congress overrode his veto.

What’s new about this article is that it’s recommending that a triple combination of therapies – chemo, maintenance rituximab treatment and RIT – be undertaken before a relapsed NHL patient goes for a stem-cell transplant. Because of the dangers associated with stem-cell transplants, this new thinking pushes that option a little lower down the priority list. 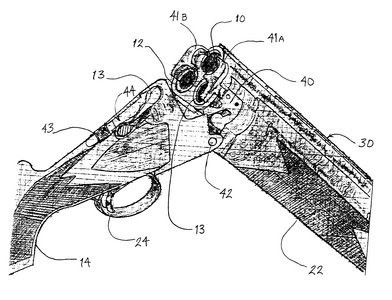 My former treatment was like a double-barreled shotgun: go after the cancer with both barrels at once. Reserved for the future were two other promising possibilities: RIT (with or without a follow-up program of maintenance rituximab) and stem-cell transplant. There was also, of course, the possibility of simply reloading the shotgun and firing the same two barrels again (rituximab combined with a different chemo cocktail – since CHOP cannot be repeated). Now, the authors of this article are recommending that a third barrel be added to the shotgun, blasting the cancer with all three at once: chemo, RIT and maintenance rituximab.

I wonder if this will become the new standard for treating relapsed follicular lymphoma? Or, if it will simply be one strategy out there, that continues to be debated?

I wonder, also, what the insurance companies will think of the new triple-barreled combination? It will surely be more expensive (although probably still not as pricey as a stem-cell transplant). 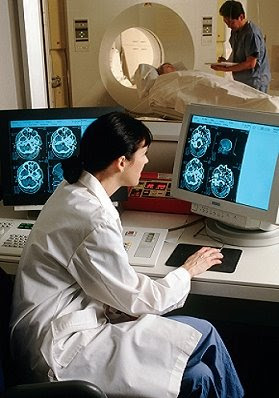 Last week I received a phone call from Dr. Lerner, letting me know that my July 1st CT scan indicated only slight growth in my abdominal mass. How slight? Two millimeters is what the doctor said – explaining that the growth is so small, some would consider it to be within the margin of error. Dr. Lerner confirmed that, when I meet with him in early August, continued watch-and-wait will be his recommendation.

I think I’ll ask him what he thinks of the triple-barreled approach – just as a matter of interest. In any event, the slow pace at which my disease is progressing suggests it may be some considerable time before we’ll have to make any treatment decisions.

This is, of course, a good thing. By then, the “continuously growing repertoire of salvage therapies” may well have grown a little more, and that the ongoing debate about treatment options will have advanced that much further.
Posted by Carl at 1:10 PM

Thank you for your comment to my post, it was greatly appreciated. I commend you also, you do a great job both visually and with the content of your blog, I'm learning a lot from you via your recent posts.

When I was in San Diego recently for the annual meeting of the American Association for Cancer Research and listening to findings there, there was talk about the effectiveness sometimes of the "triple barrel" approaches.

I think we will see many advances in cancer treatment in coming years based on new and upcoming research findings. I truly hope we will see an end to cancer in our lifetime.

I wish you the best.

Thanks for the news update, Carolyn - and for the good word about my blog. The triple-barrel approach was a new one, to me. Wonder if it will catch on?