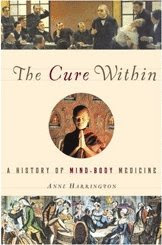 Late this afternoon, Claire and I are sitting on the screened-in porch of our little house in the woods. It’s been raining softly most of the day. We have neither energy nor desire to do anything other than just sit here. After all the frenetic days of getting ready for the trip, a long day of driving and another day of settling in, we’ve finally hit rock bottom. We’ve arrived. We’re officially... on vacation.

The first book I picked up to read, out of the pile I brought with me, was one I’ve been hoping to get to for some time: The Cure Within: A History of Mind-Body Medicine, by Anne Harrington (Norton, 2008). I found it so lively and fascinating, I plowed right through it.

Harrington heads the History of Science Department at Harvard. In this wide-ranging survey, she traces the history of a very old idea that’s continued to bob to the surface, despite periodic attempts by some medical scientists to push it back down: the idea that our state of mind influences our bodily health.

The movement called “mind-body medicine” – if it can indeed be called a movement – is fairly amorphous. It contains within it everything from serious scientific studies to absolute quackery. Rather than trying to portray it as a coherent system, Harrington wisely chooses to tell stories. She identifies six signature “narratives” that come up again and again, across the generations: 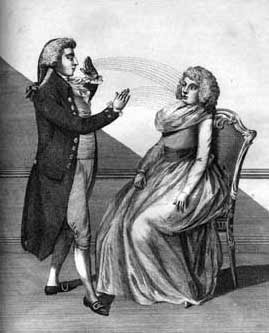 1. The Power of Suggestion – Beginning with roots in religious exorcism rituals and continuing through the rise of mesmerism (later known as hypnotism) in the 18th and 19th centuries, this narrative culminates in the more recent understanding of placebos as something that may have real therapeutic value. Even skeptical, post-modern folk continue to respond to what has been called “the power of suggestion,” especially when mediated by a doctor or other authority-figure we trust.

2. The Body that Speaks – Beginning with the work of Freud, Harrington traces the efforts of various pioneers of psychology to listen to what their patients’ bodies are saying: not just the quantifiable messages of blood counts and body temperature, but also more subjective messages related to state of mind. From primitive Freudian notions of “hysteria” in women, through studies of “shell shock” (later, post-traumatic stress syndrome) in soldiers, through now-discarded truisms like stress as the cause of stomach ulcers, this narrative has evolved through many incarnations. The saga continues to be told by modern practitioners like cancer-treatment guru Bernie Siegel, who – rightly or wrongly – traces the roots of many cancers to emotional unease. 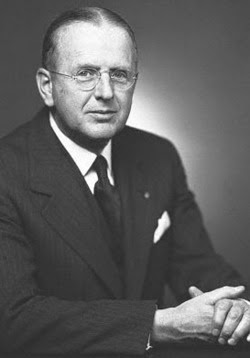 3. The Power of Positive Thinking – From “faith-healing” miracles at Lourdes, through Mary Baker Eddy’s Christian Science, through Norman Vincent Peale’s “power of positive thinking,” through Norman Cousins’ laughter therapy of the 1970s, to AIDS activists’ embrace of the self-healing concept in the 1990s, Harrington describes the persistent idea that we can think our way to better health.

4. Broken by Modern Life – Before the mid-20th century, the concept of “stress” was nothing more than an engineering term. But then, beginning with the pioneering work of psychologist Walter B. Cannon at Harvard (who identified the “fight or flight” response), and continuing through Hans Selye, who popularized the idea of stress as the signature problem of the modern era, stress is now on everybody’s mind. We’ve heard of the “Type A” personality that’s said to be at greater risk of heart attacks, and we’ve heard how stress-management techniques have helped AIDS patients maintain a healthy immune system. Can anyone doubt that psychological stress is real, and has an impact on physical health?

5. Healing Ties – “If two lie together, they keep warm,” observes the book of Ecclesiastes, “but how can one keep warm alone?” To that ancient wisdom, Harrington might add, “how can one stay healthy alone?” From stories of close-knit, ethnic communities whose members are inexplicably spared the worst of certain diseases, to tales of isolated, sickly children in orphanages who were rarely picked up and cuddled, to support groups that keep cancer survivors healthy, there’s ample evidence that social relationships play a big role in our health. 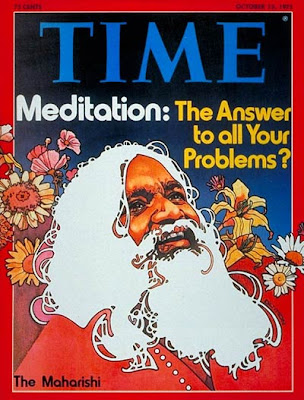 6. Eastward Journeys – The more disenchanted we in the industrialized West come to feel about our mechanistic, often soulless society, the more some of us are turning eastward, borrowing insights from ancient spiritual practices of India, China and Tibet. Harrington tells the tale of Harvard physician Herbert Benson’s interest in Transcendental Meditation – which he later secularized as “the relaxation response” – and of the east-west migration of practices such as acupuncture and qigong into complementary treatments for cancer.

Reflecting on Harrington’s rich depiction of mind-body medicine, I have to say there’s something troubling about it. If the mind can influence the body in the direction of either health or illness, then what does that say about those who become sick? Are we who have cancer somehow deficient in our thinking? Should we, the victims, be blamed? 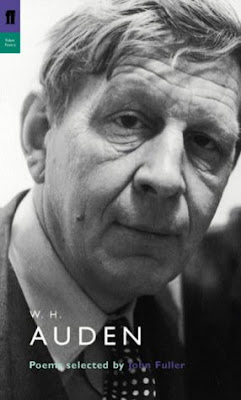 Harrington is alert to this problem, mentioning it on several occasions throughout her book. One of the most memorable is connected with her quotation of a “darkly comic” 1940 poem of W.H. Auden, called “Miss Gee.” It’s about an elderly spinster who gets cancer, which her doctor attributes to her tightly-buttoned emotional life.

“She bicycled down to the doctor,
And rang the surgery bell;
‘O doctor, I’ve a pain inside me,
And I don’t feel very well.’

Doctor Thomas looked her over,
And then he looked some more;
Walked over to his wash-basin,
Said, ‘Why didn’t you come before?’

Doctor Thomas sat over his dinner,
Though his wife was waiting to ring,
Rolling his bread into pellets:
Said, “Cancer’s a funny thing.

‘Nobody knows what the cause is,
Though some pretend they do;
It’s like some hidden assassin
Waiting to strike at you.

‘Childless women get it,
And men when they retire;
It’s as if there had to be some outlet
For their foiled creative fire.’” (p. 90)

(The “rolling his bread into pellets” is, I expect, a reference to the fact that some early placebo pills were made of bread.)

Ought cancer survivors to be blamed, somehow, for some “foiled creative fire” that has rendered us susceptible to disease? Harrington urges caution. She’s well aware that the insights of mind-body medicine can be a double-edged sword. For that reason, she concludes her book by urging that these healing narratives be used with discretion. Such stories must be used descriptively, not prescriptively. They help us “bridge the lacunae in our thinking.” Even though the use of such narratives may seem, to some, unscientific, medicine still ought “to embrace them as part of its map and part of its territory alike” (p. 255).

The Cure Within is a satisfying read. Check it out.
Posted by Carl at 3:30 PM

Too many activities, and people, and things. Too many worth activities, valuable things, and interesting people.

Transcendental Meditation will definitely improve your immune system and leading hospitals now advise it for their cancer patients. Over 20,000 doctors in the U.S. alone practice TM and advise their patients to do likewise. The National Institutes of Health have funded TM research now for over 20 years. My whole family, including my strict Catholic father, all practice and we've seen incredible results in all areas. In addition to improved health, we all feel that it has greatly enhanced our religious experience and understanding of that experience.

If you want to learn more, check out the award winning web site - www.TM.org

By the way Herbert Benson's "relaxation response" and other alternatives have not been scientifically verified. They are NOT EFFECTIVE and often HARMFUL. Benson is an arrogant doctor who should have known better, as he originally helped perform the first scientific study on TM at Harvard. He later thought he could invent his own mantra. When it was tested at a school in Pennsylvania, the students got headaches and discontinued.

Good luck to you.

Sorry to be so late in posting a reply to your post. I'm four weeks after my last chemo and left July 12 for three weeks in Mongolia and Seoul. I bristle at the implications of mind-body connections: did I cause my cancer in some way? Not on your life. And if anyone tells me that attitude is important (aside from my parishioners) I will tell them it makes little difference. Cancer is a random event. Placing confidence in a mind-body connection to prevent cancer is magical thinking IMHO. We want desperately to be in control, whether propitiating a god or in doing meditation (by the way, I've practiced centering prayer for 25 years) or in some other way. Life is simply random. The mind-body connection is a form of blaming the victim. Yes, stress can cause physical symptoms. And by the way, (I'm not sure whether you were quoting the book or not) Type As do not get more heart attacks, they cause them. More recent studies have found that it is folks in jobs where they have no control that are more likely to have heart attacks than those in jobs inhabited by type As.

My prayers are with you.

So true, Joan. Thanks for posting.

I guess I'm not as much an absolutist on this as you are. I think guided imagery and such can help people with stress levels, which can have a positive effect on the immune system. So, mind-body sorts of interventions can have their effect. But, will they "prevent" cancer? No. They're relatively minor tools in the cancer toolbox; they don't rank with chemo, radiation and other classic medical approaches.

I wouldn't swear off them myself, though, as long as we keep them in proper perspective.