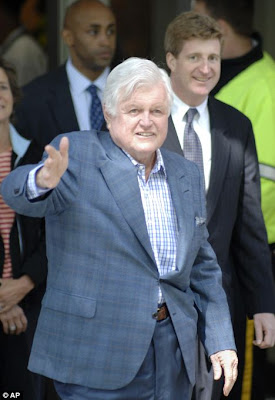 A June 1 article by Jan Hoffman in the New York Times (“When Thumbs Up Is No Comfort”) comments on the recent buzz concerning celebrity cancer patients Patrick Swayze (pancreatic cancer) and Ted Kennedy (brain cancer).

Swayze “made a pointedly public appearance at a Los Angeles Lakers game, looking strong-jawed and bright-eyed. He released a statement about his lively schedule and good response to therapy.”

Celebrities with cancer, Hoffman goes on to observe, seem to feel they have to put on a brave, public face. The toothy smile and the thumbs-up gesture are obligatory. Hoffman quotes Barron H. Lerner, the physician author of When Illness Goes Public: Celebrity Patients and How We Look at Medicine: “If Ted Kennedy wanted to stick up his middle finger, that would be the more appropriate finger, but he’s doing what he is supposed to.”

Our celebrity-besotted culture looks to movie stars, athletes, politicians and others in the public eye to serve as iconic examples of steadfast, stoic endurance – when, really, these people are no better equipped for such a role than the rest of us. I’m sure Swayze and Kennedy had their private moments of anger and despair, before composing themselves and putting on their game face for the cameras.

To a certain extent, lots of us cancer survivors feel an obligation to put on our game face and keep it on. We feel that way whenever someone looks us in the eye and earnestly asks, “And how ARE you doing?” Not long after our first remission, or after we’ve reached some plateau in our treatment, we find we’ve become adept at delivering short, cheery but not very informative answers. Such an answer is easier to supply than the lengthy, more accurate summary of a complex medical condition.

When folks ask me that question, they’re plainly hoping for a smile and a thumbs-up, little more. In the interests of accuracy, I really ought to say something like this: “Well, I’m no longer in remission, but I’m experiencing no symptoms and my only treatment at the present time is ‘watch and wait.’ I’m feeling a bit frustrated the doctors can’t do more to cure me, but I’m doing my best to stick with the program. I’m finding it a bit hard to get on with my life while the cancer monkey’s still clinging resolutely to my back, but then I remind myself there are lots of promising, new treatments out there for my type of non-Hodgkin lymphoma – some available for immediate use and others soon to emerge from the research pipeline. This gives me hope, but even so, not a day goes by that I don’t say to myself, ‘I have cancer,’ and feel twinges of anger, anxiety and sorrow.”

I won’t dump that torrent of words on the casual inquirer, of course. It seems more important, both to my questioner and myself, that I keep up the game face.

Is that dishonest? I don’t think so. It’s just a survival technique. 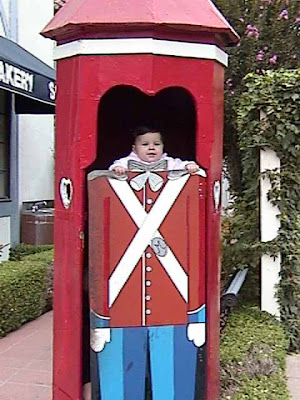 Hoffman also touches on the subject of the military metaphor for cancer (something I’ve addressed in earlier blog entries). Citing Dr. Gary M. Reisfield, a palliative care specialist at the University of Florida, Jacksonville, Hoffman says: “Over the last 40 years, war has become the most common metaphor, with patients girding themselves against the enemy, doctors as generals, medicines as weapons. When the news broke about Senator Kennedy, he was ubiquitously described as a fighter. While the metaphor may be apt for some, said Dr. Reisfield, who has written about cancer metaphors, it may be a poor choice for others.

Metaphors don’t just describe reality, they create reality,” he said. “You think you have to fight this war, and people expect you to fight.” But many patients must balance arduous, often ineffective therapy with quality-of-life issues. The war metaphor, he said, places them in retreat, or as losing a battle, when, in fact, they may have made peace with their decisions.”

Ask me no questions, I’ll give you no game face.
Posted by Carl at 1:15 AM

Dear Carl,
I find that there is not only an expectation to fight on and put on a brave face, but also to say that one's life has been transformed for the better. Not sure which is worse. In many ways, I don't think it is a survival technique, perhaps it is probably a simple human need of not wanting to be seen as weak. I am not in any way minimising the courageous efforts of those who do battle on but I think it is time that we give due respect and consideration to those who have endured all they can and finally decide to succumb in quiet dignity and love. Christine