I’m thinking, today, about something that happened to Claire and me last weekend. We were attending a fund-raiser for a local non-profit organization that aids the mentally ill. It was, rather unusually for us, a “Casino Night.” 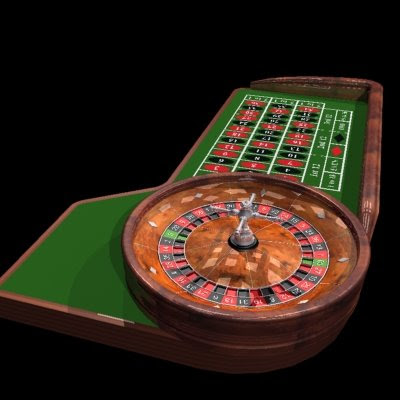 We’d been given free tickets, as longtime supporters of the organization. So had Robin, our church’s associate pastor, who joined us for the first part of the evening. Turns out, none of our local ministerial colleagues had been willing to show their faces at an event featuring gambling. The organizers seemed glad the Presbyterians didn’t have such scruples.

We’re no supporters of gambling. We went because we wanted to publicly support the organization’s work. We felt completely out of place, but still found it fascinating to watch the crowds of well-dressed people milling around the poker, blackjack, roulette and craps tables. Unlike us, most of them seemed to know what they were doing.

You don’t win money at this kind of event. You buy gaming chips with real money (telling yourself it’s a donation to the mental-health organization), and if you have any left over at the end of the evening, you cash them in for numbered tags you then drop into boxes. Each box corresponds to a prize or a gift basket. If your number is drawn, you walk home with something nice. 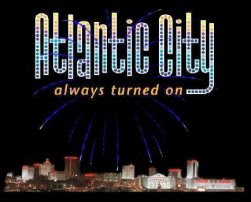 The printed program declared, in bold letters, “ATLANTIC CITY RULES.” That’s as opposed to Las Vegas rules, I suppose (whatever those may be). The words have a double meaning: in that place, at that time, Atlantic City did indeed rule. Atlantic City ruled for all those well-dressed people slyly circling the gaming tables, sizing up the risks, trying to decide where on the green velvet to place their little stacks of chips.

It didn’t rule for us. We live just an hour’s drive from the East Coast’s gambling Mecca, but I can count on one hand the number of times I’ve visited there.

Anyway, the dinner was delicious and we had a generally pleasant time walking around and talking to people we know. Then, towards the end of the evening, it was time for the door prizes. Someone was standing up front with a microphone, calling out the numbers. Abruptly, a chair shot backwards – right in front of the emcee – and we saw a woman fall to the floor.

She had collapsed, for some unexplained reason. The whole room had seen it. The cheery door-prize announcers stopped their patter in mid-sentence and looked on, dumbfounded.

“Someone call the first aid!” shouted someone from the crowd. A dozen hands reached into pockets or purses, and emerged holding cell phones (thank God for cell phones).

“Is there a doctor here?” cried someone else. A tall, lanky older man in a business suit stepped forward and knelt down beside the stricken woman.

None of us could see what was happening. Our view was blocked by the tables and chairs, and by the several people kneeling down, assisting the doctor.

“What’s taking them so long?”

Reflecting on this rather surreal experience later, I’m reminded of the oft-quoted remark of Susan Sontag, from her cancer memoir, Illness As Metaphor:

“Illness is the night-side of night, a more onerous citizenship. Everyone who is born holds dual citizenship, in the kingdom of the well and the kingdom of the sick. Although we all prefer to use only the good passport, sooner or later each of us is obliged, at least for a spell, to identify ourselves as citizens of that other place.” 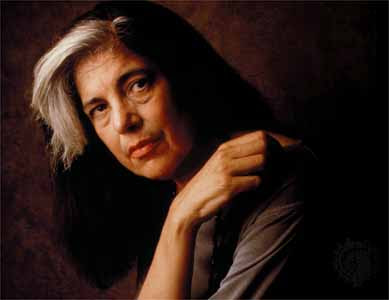 This unfortunate turn of events had abruptly thrust us all into a sort of no-man’s-land: the seedy customs-and-immigration holding area, with dirty linoleum and buzzing fluorescent lights, that marks the border between Sontag’s two kingdoms.

Moments before, everything had been normal: cheerful people doing what passes for fun in our materialistic culture. As soon as that poor woman’s body hit the floor, everything changed. Big time.

Finally, a police officer strode in, pulling behind him an oxygen tank on wheels. A few long minutes later, a couple of first aiders wheeled in a gurney. They lifted the woman onto it, and cranked it up high. At last, we could see. The woman’s eyes were open. She was breathing. Relief.

The crowd looked on in silence as the solemn procession of medical acolytes departed the room. Moments later, the festivities resumed as though nothing had happened. The people with the microphone started up the door-prize drawing where they’d off. They said not a word about the events we’d all just lived through.

If it had been a worship service, we’d have known what to do. We’d have offered a public prayer, asking the Lord to bless our stricken neighbor with healing and to guide those seeking to help her. Yet, this was a thoroughly secular setting, in an increasingly unchurched culture. Atlantic City rules contain no codicil that speaks to such circumstances. You just utter a little sigh of sympathy, then go back to gambling.

The portal opening into the kingdom of the sick had been slammed shut. The memory, and the uneasiness, lingers on.
Posted by Carl at 7:23 PM

This comment isn't particular to this post, but I just wanted to thank you for this blog. As a young person who just finished chemo the end of April and am to have a fairly major surgery next week, I find your words, whether relating to cancer or not, helpful in getting through this tough time. I want to let you know there is at least one person out there who checks this blog often and appreciates it.

Thank you so much. Lots more people read this blog than comment here, which is OK... though it's encouraging to me, as the author, to hear from readers now and again.

Good wishes and prayers to you and for you, as you look ahead to surgery.

Carl: I too avoid AC like the plague and would have been uncomfortable at that kind of event. And I can't even say exactly why I just don't like it. I just feel so sorry for the people that think they will win, when they really won't. I am sure that you and Claire did say your prayer for the sick person, privately. It is so upsetting when something like that happens. And unfortunately, I know that you have had to say those prayers in our own congregation, from time to time. Thanks for all your work. Mary Beth