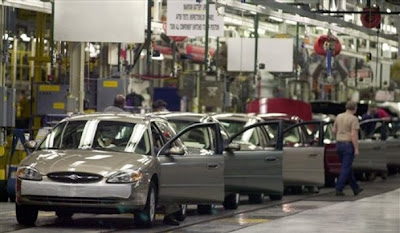 I ran across a factoid not long ago that’s set me to thinking. In a Newsweek article by Fareed Zakaria, I came across this statistic: “U.S. carmakers now employ more people in Ontario, Canada, than Michigan because in Canada their health care costs are lower.”

Wow. That’s a telling snippet of information. The economy of the Detroit metro area – long the traditional heartland of the American automobile industry – has in recent years been devastated by layoffs and plant closings. I’ve heard that part of the reason for this – besides competition from Japan, Korea and other countries – is the heavy pension-and-benefits packages the big U.S. automakers have to bear, particularly for their retirees. 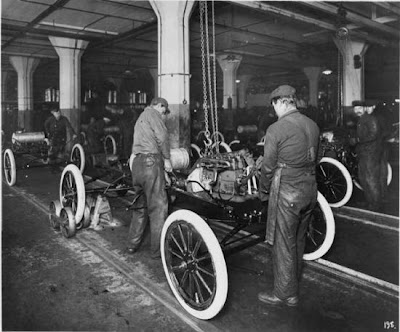 I never imagined, though, that these companies would find a way to outsource their medical benefits: by packing up their manufacturing plants and moving them lock, stock and barrel across the river to Canada.

Canada, of course, has a national health plan. Their workers’ health benefits are paid for by the government. The American auto executives, while urging “Buy American!” out of one side of their mouths, are whispering “Buy Canadian!” out of the other, with respect to health care.

It’s hard to imagine a more telling indictment of our health-care funding system than this. Our broken system has become a problem that’s bigger than the privations of individuals and families. It’s affecting the economic health of our entire nation.
Posted by Carl at 10:42 PM

Not a national health plan,
rather a health plan on a province by province basis. As a resident of Ontario my health insurance is paid for by the government.
The government provides this funding as aa part of income taxes, which each citizen has to pay (unless their income is below a certain federal specified level).
However employers kick in a certain amount to the plan as well. However
as with all news headlines, there are flaws. There was an announcement today May 15 where GM workers will not lose the second shift at the Oshawa assembly plant as was planned. Rather the workers of that shift and others will have
employment until the end of 2009. In addition no wage package increments will happen over the three year life of the contract.