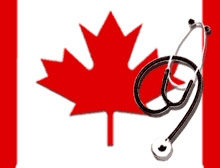 “Mythbusting Canadian Health Care” is the title of an article I just read online. Granted, it’s on a website that leans decidedly to the left – so, any of you readers who blanch at the “L” word (that’s “liberal”) may not be inclined to click on the link and actually read it. But, I think you should.

It’s worth a read, because – in a cool, calm and reasonable fashion – its author, Sara Robinson, details what the real experience of Canadians is with their single-payer health system. Sara is an American citizen living in Canada, and participates in the Canadian health care system. So, she has a firsthand perspective from both sides of the border.

No, Canada’s system is not “socialized medicine” (it’s a universal, single-payer system: “Medicare for all,” some have called it). No, the Canadian government doesn’t choose people’s doctors for them. No, the quality of care doesn’t suffer (although there are some longer wait times for a few high-tech tests, like MRIs). No, Canadian doctors aren’t government employees. Yes, Canadian doctors make a bit less money than their American counterparts, but they also don’t have to spend hours on the phone every week arguing with patients’ insurance companies, and they don’t have to employ so many clerical people in their offices. 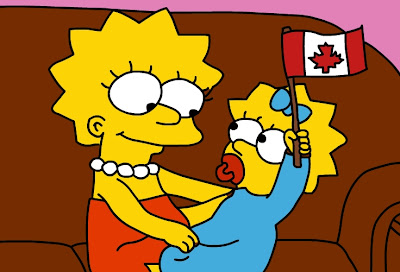 Robinson makes what I think is a very convincing case. But then, if you’ve been reading my blog for long, you know I’m feeling pretty frustrated with the creaking, ungainly machine that is our American health-care system – a system that deprives far too many people of medical care they need and can’t afford.

AS a Canadian who has gone through
similar experiences as has Carl, our Canadian system is excellent, would not have it any other way. In my own case, was diagnosed with Lupus in the spring of 2006,
and it was assumed the subset was Sjogren's Syndrome. In my own case vision and kidneys were involved. The summer was spent with a number of vision specialty examinations, on a two week notice BTW. Came the month of August, and
ultrasounds revealed kidney problems. A CT scan five days later arranged by my own family doctor and read by three different specialists to confirm the readings
revealed cancer in the left kidney.

I saw my surgeon for the first time
two weeks later; and because of my own work schedule had the kidney
and spleen and related lymph nodes removed some seven weeks later; I could have had surgery done the next week if the need were there.
Chemo started three months after surgery; am now in full remission
of NHL Type B II. Am taking a sustaining preventative dose of
Rutuximab once every twelve weeks
for the next four years.

Have simply swiped my OHIP card
(Ontario Health Insurance Program)
replied to a few questions and gone on my way.

We have few MRI machines in Canada
something like 30 or so, we also use CT machines; most hospitals
and regional centres have such devices, often raised by local fund-raising methods. If we Canadians want reasonable care, then those communities that require specialist machines should fund raise to get the machines they
need. A CT machine with associated
construction of building is about
C$2-million, an MRI can cost twice that. Most people will fit in a CT machine, not everybody, including myself can fit inside the tube of an MRI; and there are few open frame MRI machines in Canada.

Bottom line as the lady's article has noted, good service, excellent
medical care (and yes you do get problems now and then) emergency departments in hospitals are on the triage system. Biggest problem is a general lack of beds to treat an aging population as well as proper long term hospital care.

Everything costs, money. And yet have never been refused care; granted have had to wait long times for various reasons however you learn to live with and utilize the system.

Oh, and one other thing during my
own personal speed bump, having faith in your care people, having a
strong belief in a higher power and make sure you've got friends on a
prayer line. It helps, believe me.

I plan to be around for a good long time to come, and that goes for you too Carl!

Thanks, Bryce. I appreciate the encouragement!

Thanks for the link. I'm glad you found my piece useful.

Just a small point of clarification: I'm an American citizen who has been living in Canada for the past four years. So my experience with the US system is extensive (4+ decades, including raising kids in it); and I'm still astonished daily at just how much differently -- and usually better -- medical care gets get done up here.

My fellow Americans deserve to have a system like this. I hope that this time around, we might get closer to having one.

Sorry I missed that detail about your situation. I've corrected the main entry.

I had a similar experience, years ago, living in Scotland for a time. I was amazed to walk into a pharmacy, as a non-citizen, and get a prescription filled for about 2 bucks, and further amazed to receive a HOUSE CALL from my doctor when I had a high fever (an American doctor would have had me either come into the office and infect the other patients, or come to the ER and get way more treatment than I needed, at a much higher cost).