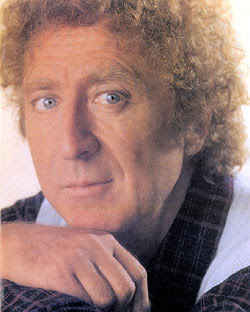 I came across this 8-minute video clip the other day, of film star Gene Wilder being interviewed on a British talk show (scroll down to view it). About mid-way through the clip (after recalling the death of his first wife, Gilda Radner, to ovarian cancer and his subsequent remarriage), Gene tells the story of his non-Hodgkin lymphoma treatment, which has left him in remission after more than seven years.

Although I have no way of knowing if Gene’s got the same sub-type of NHL as I do, his experience sounds, in many ways, similar to mine. He, too, had chemotherapy (9 rounds, rather than 6), plus Rituxan – although, after being told his cancer would come back eventually, he opted for an autologous stem-cell transplant. It’s touching how he tells of the hospital staff singing “Happy Birthday to You” on the day he received his new stem cells, marking the birth of a new immune system.

What I find most interesting is the name of his doctor, Dr. Carol Portlock of Memorial Sloan-Kettering – who, as it so happens, is my (second-opinion) doctor as well. It’s nice to know I’m going to one of the best.

Email ThisBlogThis!Share to TwitterShare to FacebookShare to Pinterest
Labels: survivors

Great content material and great layout. Your website deserves all of the positive feedback it’s been getting. asbestoscancer.org/pericardial-mesothelioma/