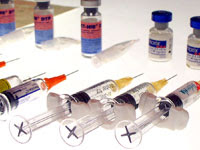 It’s not only in Africa that the poor have difficulty obtaining cancer treatment. The same thing is happening, it seems, in the USA. Under newly revised Federal Medicaid guidelines, the government will no longer reimburse hospitals for chemotherapy provided to illegal immigrants (Sarah Kershaw, “U.S. Rule Limits Emergency Care for Immigrants,” New York Times, September 22, 2007).

Some may find it surprising that our government provides any medical reimbursement at all for illegals. Yet, Medicaid guidelines evidently contain a limited provision that underwrites the cost of emergency treatment for non-citizens. What’s happened is that the Federal government’s regulation-writers have now decided that chemotherapy, by its very nature, is never an emergency. Given the high cost of most forms of chemo, I can understand why government bean-counters would be inclined to make such a declaration. But, I still don't like it.

I’m glad our country covers the cost of emergency-room treatment, at least, for indigent people within our borders. It’s the humane thing to do. The word “hospital” has its roots in “hospitality,” after all. If the government didn’t provide any reimbursement at all, then hospitals would undoubtedly extend some level of care to illegal immigrants anyway, then write the expense off as a loss. Eventually – at least in the case of the most financially-stressed urban hospitals – some of that expense would find its way back to the government, in the form of subsidies that keep hospitals from going bankrupt and closing their doors.

I know a minister who works with Hispanic people in our local area. He’s escorted quite a number of them to the hospital, when they needed treatment, serving as interpreter and general go-between. Those who are here illegally often avoid seeking medical care, sometimes endangering their health and even their lives – even though the local hospitals aren’t particularly interested in reporting people to the INS. (I’m not sure they even can, under HIPAA privacy regulations.)

My colleague told one story about a young man who had broken his arm. He surely couldn’t go without treatment for something like that, nor could he travel back home to Mexico in pain. I presume Medicaid picked up most of the cost, although perhaps he paid some of it himself (he is employed, after all, which is why he’s in this country in the first place). I’m glad Medicaid is there to cover cases like his. 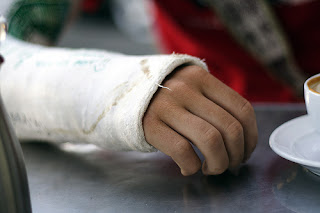 In countries with universal health-care coverage, like Britain and Canada, emergency treatment is often provided to visitors free of charge. I found this to be true when I was in Scotland, some years back (it was just treatment for a fever, but I was surprised they wouldn’t let me pay). Another colleague of mine had to have emergency surgery recently, while on vacation in Canada. I’ve heard he was very impressed with the quick and efficient response of the Canadian health-care system (whether the Canadians will subsequently try to collect from his medical-insurance company, I have no idea).

Yet, what about chemotherapy? As the Times article points out, there’s a considerable gray area here. Some doctors evidently consider certain forms of chemotherapy to be an emergency treatment, or a palliative treatment in the case of pain. There are some cases when, if cancer is left untreated, it will soon become a true emergency, anyway. 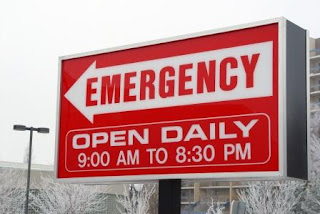 Illegal immigrants who come down with cancer are in an unenviable position. Depending on what country they come from, treatment may not be available back home at all. Here in this country, they face fears of deportation (however unfounded) if they show their face in an emergency room, and even then, they’ll likely receive only the bare minimum of treatment. From here on in, that treatment will only include chemotherapy if the hospital is willing to eat the cost, or if the State government is willing to go solo and cover the expense, without Federal subsidy.

All this makes me feel fortunate, indeed, to have medical insurance, and – as a citizen – to have the minimal Medicaid safety net underneath me, should I ever lose my coverage and become indigent.

How is that I’m so fortunate as to live here, to be gainfully employed, and to receive some of the best cancer treatment available, while sisters and brothers from other lands must go without? That’s a question for another day. Yet, I’m grateful, all the same.
Posted by Carl at 8:37 PM

I, too, am thankful our country will cover emergency care for any person. That IS the right and humane thing to do.

However, I do not agree that we are obligated to pay for such expensive medical treatments (many times which are UNPROVEN) for illegals.

There are citizens with private insurance whose HMO's deny their claim citing some chemo as "experimental." I personally have some reservations about all of the treatments we all take at the cost of thousands of dollars - for the sake of a few extra months? Isn't that wasteful?

Looking at chemo's records - the percentages - it can't honestly be called a "proven treatment." Too many people still die in spite of and maybe because of chemotherapy.

Frankly, when it comes to Cancer, the Dr's are about as confused about all of this as any of us. They cannot offer us a guarantee.

I don't know that I'd agree with you, Vicky, in your blanket statement that ALL chemotherapy is experimental. Some is, some isn't. Some people have been cured by chemo. Others have tried it, and it hasn't done much for them. Still others (like me) have gone into remission for a while, are grateful for the time it bought them, and are willing to try some form of chemo again.

Most effective cancer treatment requires a continuing and close relationship with an oncologist, and a cooperative, proactive attitude on the part of the patient. It may be hard for transient (or even migrant) workers to marshal that kind of personal energy, or (if English ability is an issue) even to communicate with their doctor. Yet, when the proposed treatment seems reasonably likely to be effective, the patient seems able to stick around for the duration, and the doc is willing, I'd hate to see any of our hospitals boot the patient out the door, untreated.

When I look into the face of the African woman in the picture posted on my previous blog entry, I want to say, "Please, somebody, relieve her pain, for the sake of our common humanity!"