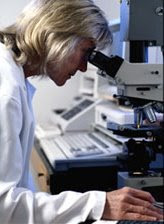 Good news, today, in the form of a news article about government allocations for medical research. The article in Bloomberg News reports on what one researcher calls “a stunningly large number” of dollars – $10.4 billion of ‘em, to be exact – that will be devoted to curing what ails us. “Breakthrough findings on obesity, AIDS, Alzheimer’s, Parkinson’s and cancer” are on the way, the article predicts.

President Obama has included this amount as part of his $787 billion shot in the arm for the economy. There’s been lots of talk about rebuilding the nation’s crumbling infrastructure through “shovel-ready” projects like bridges and highways. It’s nice to know there are some microscope-ready projects, as well, to benefit those of us with chronic illnesses. 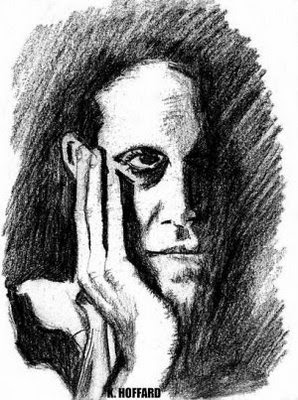 There are some who say that, once you have cancer, never a day goes by that you don’t think about the disease, at least once. I’m pretty sure that’s continued to be true for me, during this extended period of watch-and-wait. Some days I think about it a lot, other days it’s no more than a fleeting thought. Yet the though is always there, if only lurking below the surface.

I would a great thing, indeed, if I didn’t have to think about it anymore.

It would be a great thing, as well, if some additional billions would be used to buy health insurance for those without it – although I suppose that’s coming down the pike soon enough, along with the rest of the President’s healthcare-funding proposal.

Why is this important? Check out this 7-minute video that tells what an impossible fix a hard-working American family can get into when cancer comes knocking at the door:

Quite apart from the humanitarian factor, cleaning up our nation’s broken healthcare-funding system – that leaks dollars like a sieve – will actually strengthen the economy.

Now, that’s the sort of win-win scenario that even a fiscal conservative ought to be able to appreciate.
Posted by Carl at 7:58 PM