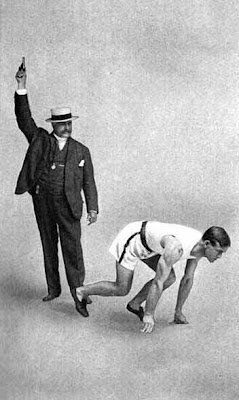 Today I read an online article about prostate cancer – specifically, how some men who get regular PSA tests may end up getting overtreated for the disease.

It’s a situation that’s parallel to my NHL, because of the similar, watch-and-wait treatment protocol.

Man gets PSA test. Test detects a small, almost insignificant presence of cancer. Knowing most prostate cancers are slow-growing, doctor recommends watchful waiting. Patient, who’s just heard the word “cancer” for the first time in a medical diagnosis, flips out, imploring the doctor get rid of the cancer, whatever it takes. Under pressure, doctor initiates treatment – despite the possibility of debilitating side effects and the knowledge that the treatment is likely to be no more effective now than later.

It’s all because of the patient’s panicky reaction to the word, “cancer.” 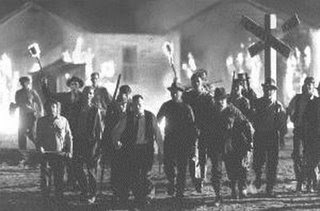 I know. It’s only human to respond that way. I did, myself, when I was first diagnosed. We’ve been taught to think of cancer as a killer, that must be excised from the body instantly, no matter how difficult that process may be.

You can see this in the way some people use the word “cancer” as metaphor. If someone speaks of “a cancer on the organization,” or something similar, it means the offending member must be drummed out of the corps, post-haste. That’s what we do with cancers, right?

Sometimes, but not always. Not when it’s a slow-growing cancer – like most prostate cancers, or my indolent NHL.

I’m away at a church conference this week, the national meeting of the Presbyterian Association of Stated Clerks. Today, at the breakfast table in the conference center dining hall, a colleague I haven’t seen in a while asks me how I’m doing. I explain the watch-and-wait thing, and she at first assumes I’m in remission. No, I’m not in remission, I correct her. It’s been 3 years since my treatment, but my remission only lasted about 8 months. The cancer’s been back ever since then, but we’ve yet to treat it, because it’s still too small to treat.

She gives me a quizzical look that reveals she clearly doesn’t get it.

I explain to her that my cancer is one that doesn’t – in fact, shouldn’t – be treated immediately (and that this is a tough idea for any of us to wrap our minds around). Doing so will just deplete the number of implements in the doctors’ treatment toolbox, tools that may be needed later when the cancer does get big enough to treat.

After my lengthy explanation, my friend does get it – but, I rather suspect she goes away thinking I’ve got some superhuman reserves of psychological endurance, being able to get up and walk around each day, as I do, with the knowledge there’s untreated cancer inside me.

It’s not that big a deal, though. It really isn’t. Once you get used to the idea that you’ve got an indolent cancer, and understand what that sort of cancer really is, you can function rather well. Sure, there’s a constant, low-level sense of unease about the future, but it is low-level.

You have cancer. You live with it. Somehow, with a little help from your friends, and your God, you get by.

Pastor,
There are many challenges with prostate cancer, and there are many factors that go into the decision to "watch and wait." The news media needs to be very careful about making broad statements based on one or two clinical studies. Every man is different. A lot depends upon the age of the man, and how fast his PSA is rising (my husband was diagnosed at 49 and his cancer was far from slow growing). Biopsy technology for PC is also not ideal. Some cancers that seem insignificant turn out to be more serious once surgery is performed. Having said all this, I do agree that men need to take their time and do their research before they make their decision. And much more clinical research is needed so that men can feel more comfortable about their decisions. I wish you well in your own battle against cancer. And you are so right. With God's help, we can get through anything.

Another great post! I never hit remission from my CLL/SLL after 8 rounds of chemo almost three years ago. But I am back on watch and wait even though bone marrow biopsy after chemo showed the marrow still 50% infiltrated with cancerous lymphocytes. Most people don't get it, like you said. Your last three paragraphs state exactly how I feel. Thank you for expressing it so well.

Open invitation to you and your readers to participate in the Being Cancer Book Club. This month we are discussing “The Last Lecture” by Randy Pausch. “...the lecture he gave ... was about the importance of overcoming obstacles, of enabling the dreams of others, of seizing every moment (because “time is all you have…and you may find one day that you have less than you think”). It was a summation of everything Randy had come to believe. It was about living.”
Monday is Book Club day; Tuesday Guest Blog and Friday Cancer News Roundup.
Also check out Cancer Blog Links containing almost 200 blog links and Cancer Resources with 230 referenced sites, both divided into disease categories.
Please accept this invitation to join our growing cancer blogging community at www.beingcancer.net
Take care, Dennis