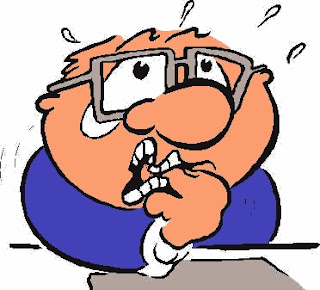 This morning I arise at 6:30 to slug down a bottle of contrast fluid, then at 9:00 drive over to Ocean Medical Center for a CT scan. The routine’s getting to be familiar indeed: the scan’s over before I know it. I don my clergy ID badge, afterwards, and look in on several patients from our church – making sure to cut off my patient ID bracelet before my first visit.

The roles reverse pretty quickly. I’m not a member of the hospital staff, but visiting pastors like me do get to wear a hospital photo-ID badge. Those two items – the paper wristband and the more substantial, credit-card-like plastic badge – are symbolic of a certain ambiguity of role I feel at times. Maybe I ought to just wear them both, I think to myself – just to make life interesting.

I’ve heard some cancer survivors talk about how anxious they get, around the time of their scans. I can’t say I’m feeling anxiety about the scan itself. I look on it this way: whatever it’s going to reveal is already going on within my body, so worrying about it isn’t going to make a bit of difference. It’s a wonderful thing that the doctors are able to peer into my body, non-invasively, and take measurements of my swollen lymph nodes.

I’m aware these results will determine whether it will be watch-and-wait for another three months, or whether further treatment of some sort will be called for. That’s momentous, to be sure, but I’m fortunate enough to feel at peace about it. I have a chronic, incurable cancer that’s already in the process of coming back. I also have every reason to expect that, when the malignant cells become numerous enough, it will be treatable. The only imponderables are how long it’s going to take, and then, what treatment we try next.

Speaking of treatments, there was a setback to cancer research this week, here in New Jersey. On Election Day, voters decided, 53% to 47%, to answer “no” to a public question that would have allowed the State to borrow millions of dollars to fund stem-cell research. (This question was meant to be New Jersey’s answer to the Federal government’s refusal to fund any research that might involve embryonic stem cells.) There was a well-financed campaign against this measure, that stressed not so much the moral objections from right-wingers (who, unreasonably, equate using a fertilized egg in the laboratory with destruction of a viable human life) as the impact on the State’s overstretched budget. The opponents also suggested that, if the pharmaceutical companies haven’t seen fit to fund this research out of their R&D budgets, then why should the State do so? (This, ignoring the fact that public-private partnerships are quite common in medical research, and have produced some significant breakthroughs in the past.) 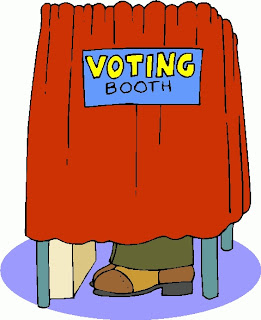 It’s a shame more New Jersey voters didn’t realize the rich potential of stem-cell research to make a real, positive impact on human lives. Most people know someone, perhaps even a loved one, who has benefitted, or will one day benefit, from medicines developed through stem-cell research (if you know me, then you already know someone who has). I can’t think of a better use of tax dollars, myself.

For now, it’s back to business as usual – which means watch and wait.
Posted by Carl at 12:50 PM

Fair enough, Vicky. I could have inserted the word "embryonic." I figured, though, that, given the extensive publicity granted to this debate, the details of the argument would have been sufficiently obvious.

I do understand that, for some people, this is a matter of conscience, because they believe that a cluster as small as 5 or 10 cells, created in a petri dish, is a human life deserving of all the protection society accords a full-term infant.

That is not the position of the state, and years of well-financed lobbying and energetic protests have failed to convince voters to change their minds on this issue.

There are others of us for whom the fact that this collection of cells is NOT a human life (or, perhaps, not yet a human life) is also a matter of conscience - as is the insistence that this avenue of potentially life-saving research not be blocked.

I get pretty exasperated when I see something like I saw yesterday on TV: a leader of the largest anti-abortion organization in New Jersey, protesting the Governor's support of an institute for stem-cell research, being asked by a reporter if she thought a protest sign that equated Governor Corzine with the infamous Dr. Mengele was fair. She replied that she thought it was a fair comparison.

It's hard to have a constructive discussion with someone whose thinking is so extreme as that.