February 9, 2017 — Confirming What We Already Knew 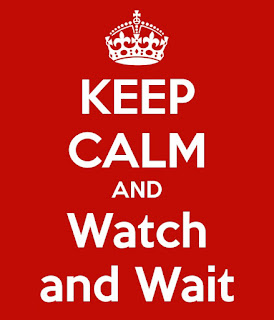 Three days ago I made the trip to Memorial Sloan-Kettering in Manhattan for a repeat of the biopsy that didn’t work out so well. That was actually two biopsies: one of some lymph nodes in the left side of my neck that have become enlarged, and the other of some small nodules that have developed in my thyroid bed (the area where the thyroid used to be).

I evidently misunderstood what the nurse told me in an earlier phone conversation. Turns out, the lymph-node biopsy was successful after all, yielding enough tissue for analysis. The problem was with the nodes-in-the-thyroid-bed biopsy. This is the one they wanted me to come in to repeat, this time to Manhattan rather than to Basking Ridge.

That didn’t happen, though. The interventional radiologist in New York did an ultrasound of my neck, and after looking at the results she concluded it was too difficult, even risky, to biopsy the nodules. They’re located very deep inside the neck, and they’re surrounded by so many blood vessels that there would be the risk of internal bleeding that could be hard to control. Her largest needle is barely long enough to reach that spot, she explained, and the longer the needle, the harder it is to control its tip precisely. She promised I’d be hearing soon about the results of the lymph node biopsy, once the other doctors have had a chance to confer.

Yesterday, I got a phone call from my endocrinologist, Dr. Stephanie Fish, who ordered the biopsies. She confirmed that there is papillary thyroid cancer in the lymph nodes, the same type that had showed up in nodules on my thyroid gland five years ago.

This is further confirmation of what we already knew — or had at least surmised. Dr. Jay Boyle, the surgeon who removed my thyroid, told me back in July that the nodules were almost certainly a recurrence of thyroid cancer.

But there’s still no particular hurry to do anything about it. The protocol continues to be “watch and wait.” Dr. Fish told me that Dr. Boyle sees no reason to move up the date of my next scheduled appointment with him, which is in June.

I’m OK with this. It’s taken me some years as a cancer survivor to wrap my mind around the concept, but “watch and wait” is not a matter of ignoring the issue. In certain circumstances, it’s a treatment modality in itself.

To paraphrase ol’John Milton, they also heal who only stand and wait.
Posted by Carl at 4:09 PM

With you in spirit as best I can!

Sorry for the expected but nevertheless not so good news. I get it with the wait and watch. I remember when I was diagnosed with cancer and was in fight or flight mode. My brother, a physician, told me that the first thing I needed to understand was that my type of cancer was not an emergency. Once I got my head around that I was able to calm down and take it a day at a time. So, prayers for your journey a day at a time.

Prayers to you and for you.

All my love, may this next journey be with the wind at your back.

Not glad for the news, but the explanation is helpful for those of us more inclined toward the "do something now!" mentality. Clearly, you've learned, and/or are practicing the art of living in the moment rather than incessantly planning miles ahead ( a habit of which I am terribly guilty). Praying not only for a good outcome, but for your continued ability to "keep calm"!