One of the hardest treatments for us cancer patients to wrap our minds around is stem cell transplants. The biology of DNA is so intricate, and the calculation of the odds of success so complex, that making a decision about whether or not to pursue such treatment is a monumental task. 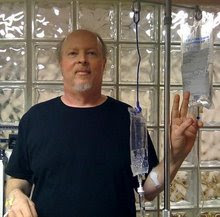 David Arenson, a chronic lymphocytic leukemia (CLL) survivor, does as good a job of writing about this as any. You can read his effort in his February 13 blog entry. Although he has a different disease than mine – leukemia vs. lymphoma – CLL and NHL have many similarities.

David describes his decision-making process as “like looking through Mr. Magoo glasses and saying there are objects in the sky twinkling at night without knowing which are stars, which are planets, and which are airplanes passing by.” Then he goes on to describe, in rather greater detail than you’d expect for a scientific layperson wearing Magoo glasses, just what some of those celestial objects are. The acuity of his vision is sharper than most, despite the disclaimer.

The decision as to whether or not to go for a stem-cell transplant is always a tough one. There are trade-offs – not exactly “damned if you do and damned if you don’t,” but something along those lines. Here’s how David describes it:

“There is an anonymous quote I ran across that sums up my opinion: ‘There are always two choices. Two paths to take. One is easy. And its only reward is that it's easy.’

Dragging out the chemo is the ‘easy’ choice here, but in a way it is also the hardest. It is a personal statement that ‘I accept that CLL will shorten my life, and that I will live three, five, maybe eight more years.’

Making the ‘hard’ choice to go for transplant is saying, ‘I know there is a reasonable chance that I could be cured of CLL and I am willing to accept the risk of getting killed in the process, or living with inconvenience afterward, in order to have a longer life.’” 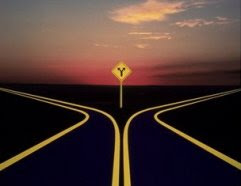 David is 52: the same age as me. He’s at a prime age for a stem-cell transplant and will be for some time. Yet, the older he gets, the worse the odds become. His disease is evidently more aggressive than mine, but not so aggressive as to lead his doctor to stare him in the eye and say, “For God's sake, man, go for the transplant, or you won’t be alive next year.” It’s something of a roll of the dice, and no one can advise him definitively on what decision to make.

Go for the transplant now... wait a few years and see how the science develops... reject the whole idea because of the nasty things runaway graft-versus-host disease (GVH) could do – it’s not a simple either-or choice, but rather a whole spectrum of options.

What it comes down to, when all the complex genetic calculations are completed, and the national donor registry has been searched with a fine-toothed comb, truly is a roll of the dice. And the stakes could not be higher. 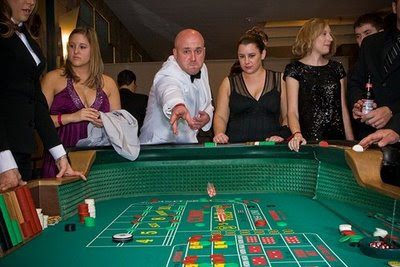 You have my sympathy, David – and in a very personal way. I could very well be sitting where you are, at some point in the future.
Posted by Carl at 7:57 AM

The last line of your post reminds me that many people have sat where I am sitting, or where you might sit, and have made the difficult choice. It is a rite of passage with this sort of cancer, at least for some of us. Not one we'd choose to undergo if we had any choice, but all part of the process. I always knew this was a high-stakes game and the day would come when I would have to go to the table and plunk down my chips. The thing is, I'd prefer to be in the casino bar or at the buffet or playing the nickel slots . . .